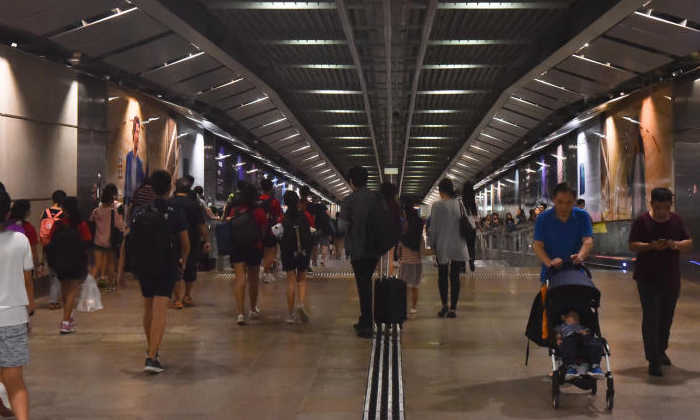 A 26-year-old man was arrested for voyeurism after allegedly taking an upskirt video of a woman on an escalator at Serangoon MRT station.

An off-duty female civilian officer from the Public Transport Security Command had spotted the man in the act on March 1, at around 8.20pm.

Through follow-up tracing and with the aid of images from CCTV cameras, officers from Public Transport Security Command established the man's identity and arrested him on March 2.

Preliminary investigations revealed that the man is believed to be involved in several similar cases of voyeurism at various MRT stations island-wide.

The offence of voyeurism carries a jail term of up to two years, a fine, caning, or any combinations of such punishments.

The police said they have zero tolerance towards sexual offenders who threaten the safety of the community.

"Perpetrators will be dealt with sternly in accordance with the law," they added.