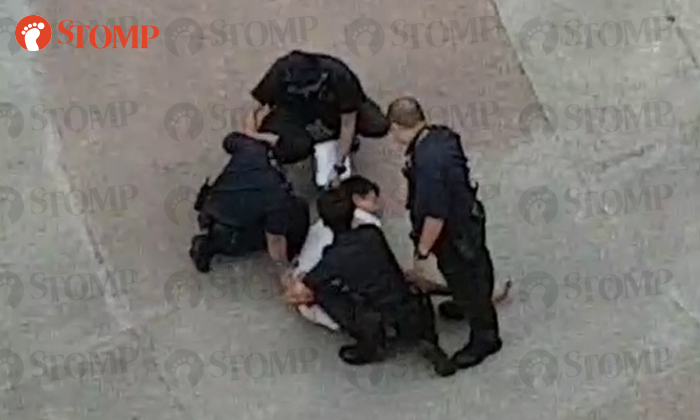 In response to a Stomp query, the police said they received a call for assistance at 5.27am.

The man was nabbed and subsequently referred to the Central Narcotics Bureau for investigations.

Stomp understands that the man had put up a struggle during the arrest and attempted to flee.

Stomper Naz, a resident in the area, witnessed the incident at around 7.20am.

Videos and photos taken by Naz show the suspect sitting on the ground while being restrained by two police officers.

More officers can be seen arriving at the scene, before the man was eventually led away.

The Stomper said: "Every morning at 6.30am, there will be a group of residents exercising here, but not that day.

"I saw police officers holding the man in that position as they waited for backup."