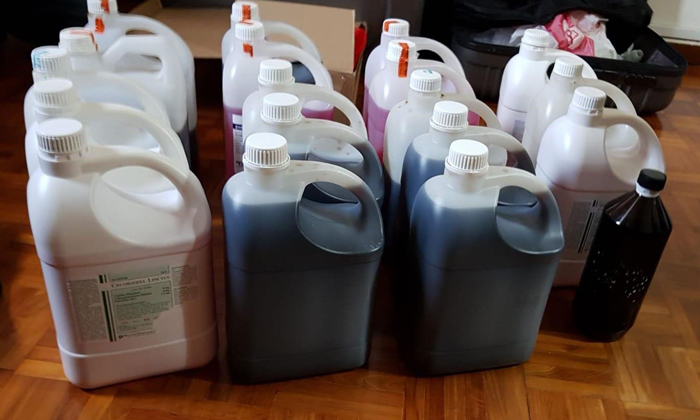 A 45-year-old man was arrested on Tuesday (April 30) for allegedly stealing cough syrup from clinics in Bedok.

The police said they received a report at 4.19pm that cough syrup had been stolen from a clinic along Bedok North Street 1.

Through ground enquiries and with the aid of images from police cameras, officers from Bedok Police Division established the man's identity and apprehended him on the same day.

Preliminary investigations revealed that the man is believed to be involved in a series of theft of cough syrup at clinics along Bedok Road and Bedok North Street 1.

During a joint operation conducted on May 1, officers from Bedok Police Division and the Health Sciences Authority (HSA) seized a total of approximately 18 gallons of cough syrup.

If found guilty of theft in dwelling, the man may be jailed for up to seven years and/or fined.

He is also separately being investigated by the HSA for supplying unregistered health products, which is an offence under the Health Products Act.