Man arrested for punching Domino's staff member, pulling him by his hair at West Coast outlet 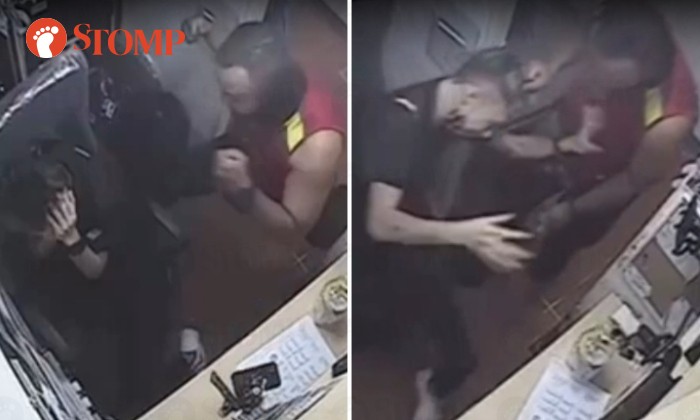 A 39-year-old man has been arrested for a rash act causing hurt to a Domino's Pizza employee on Christmas Day.

Police said a 23-year-old man was conscious when he was taken to Ng Teng Fong General Hospital after they were alerted to a fight at 505 West Coast Drive at 3.39pm last Friday (Dec 25).

Videos circulated on social media showed the victim was punched in the face and had his hair pulled as he was dragged across the floor by an older man.

The time stamp in the video, which appeared to be closed-circuit camera footage, showed that it was taken at 3.50pm on Dec 25.

Its caption said that the "young manager" was assaulted by a "bullied Domino's rider", and that the incident took place at the pizza chain's West Coast outlet.

When The Straits Times visited the outlet on Sunday, staff said the victim was not around and declined further comment.