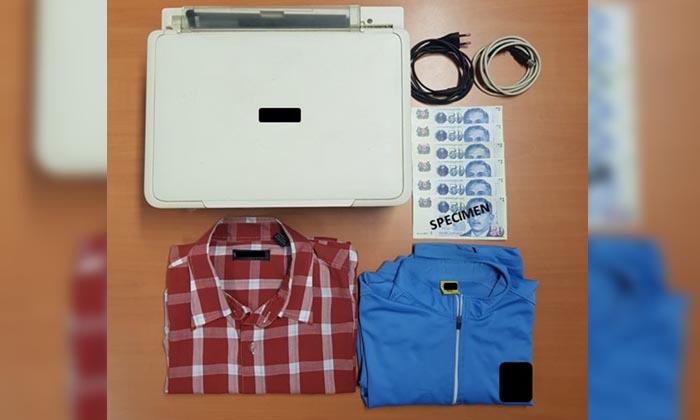 The police have arrested a 57-year-old man for his suspected involvement in at least two instances where counterfeit $50 notes were used.

On Friday (July 5), the police received a report that several pieces of counterfeit $50 Portrait Series notes were found in the vicinity of Upper Bukit Timah Road.

With investigations, officers from the Commercial Affairs Department identified the man and arrested him on Monday (July 8).

Six pieces of $50 notes, which are believed to be counterfeits, a printer, some printing papers and apparels were seized.

Preliminary investigations revealed that the man is believed to have printed several pieces of $50 notes with his own printer and used the counterfeit $50 notes on at least two occasions to purchase low-value items.

The man will be charged in court on Tuesday (July 9).

The police would like to remind everyone to be wary of receiving possible counterfeit notes.

If you have received any suspected counterfeit currency note, you should: