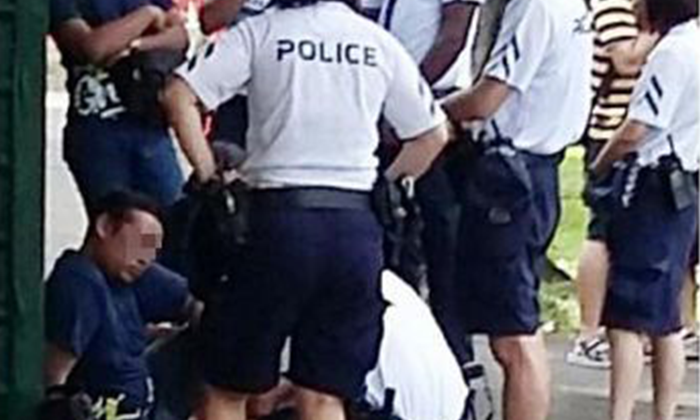 A 25-year-old man was arrested for possession of a scheduled weapon and suspected drug-related offences at Bishan MRT Station on Thursday at (Nov 9), at around 2.10pm.

A witness told Lianhe Wanbao that he had seen about three men sitting on the pavement, while officers from the Community Policing Unit conducted checks on them.

According to Lianhe Wanbao, the officers not only checked for their identification cards (ICs) but also conducted body searches.

They discovered a flick knife and substances believed to be drugs on the suspect.

The suspect was arrested on the spot.

Scheduled weapons refer to specific types of knives, including flick knives with blades that open automatically by pressure applied to a button, spring or other such devices; all kinds of knuckledusters; and any sword, machete, parang or the like.