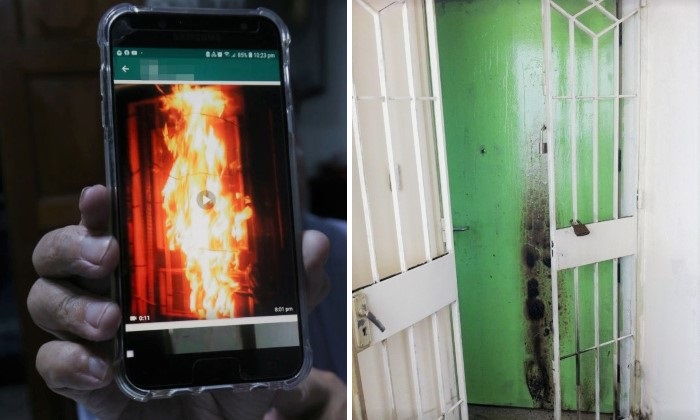 A 46-year-old man has been arrested for his suspected involvement in a series of loanshark harassment cases, including setting fire to a flat and hanging pork at another.

Police arrested him in the vicinity of Telok Blangah on Sunday (May 22) after a joint operation between the Criminal Investigation Department and Ang Mo Kio Police Division.

Preliminary investigations revealed that in addition to several other cases of loanshark harassment, the man is believed to have set fire to a Woodlands Drive 75 flat and hung pork at a Hougang Street 22 flat.

He will be charged in court on Tuesday (May 24) under the Moneylenders Act 2008.

The police said they have zero tolerance against loanshark harassment activities. Those who deliberately vandalise properties, cause annoyance and disruption to public safety and security, will be dealt with severely in accordance with the law.

You are advised to stay away from loansharks and not to work with or assist them in any way. Call the pollce at 999’or the X-Ah Long Hotline at 1800-924-5664 if they suspect or know of anyone who could be involved in illegal loansharking activities.