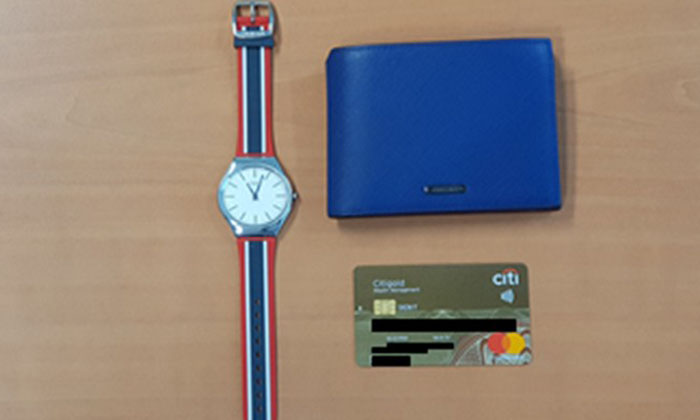 A 46-year-old man was arrested on Nov 27 for his involvement in a series of unauthorised transactions using stolen credit cards.

The police received a report on Nov 20 from a victim who found her credit card missing at Toa Payoh Central.

She then discovered several unauthorised transactions, amounting to about $380, were made on her lost credit card.

The identity of the suspect was established through investigations, after which he was arrested.

The police found a watch and a wallet, which are believed to have been purchased with the stolen credit cards, and another person's debit card in his possession.

They were seized as case exhibits.

Preliminary investigations revealed that the suspect is believed to be involved in at least five other similar cases, which took place in 2018.

The man will be charged in court on Nov 28 with cheating under Section 420 of the Penal Code, Chapter 224.

If convicted of cheating, he can be jailed up to 10 years and is liable to a fine.

They should look out for the name and security features on the card face.

If they are suspicious, they should contact their processing bank for advice immediately.