Man arrested for drug and traffic offences after high-speed chase 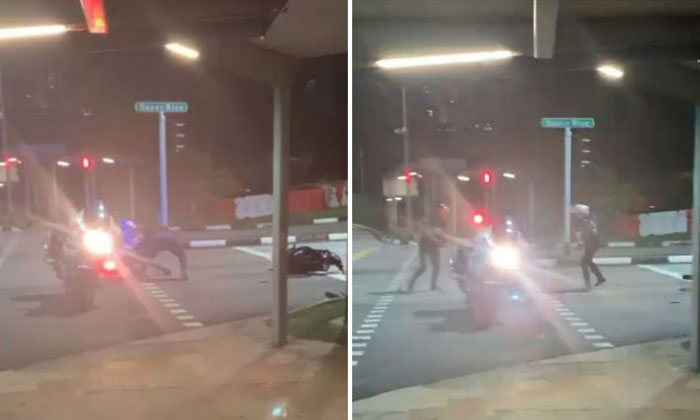 A 21-year-old man has been arrested by the Traffic Police for traffic and suspected drug-related offences after he tried to evade Land Transport Authority (LTA) checks in a high-speed chase.

LTA enforcement officers were conducting routine checks along Farrer Road towards Queensway and had signalled for a motorcycle to stop, police said on Thursday.

The rider allegedly did not comply and sped off towards Queensway.

The LTA officers followed the motorcycle, which later hit a roadside kerb and came to a stop along Dover Rise, about 4.5km away.

The rider then allegedly fled on foot but was detained by the LTA officers along Dover Crescent. They later asked for police assistance.

Data analyst George Bryden, 25, was crossing the road to Dover Rise on his way home when he heard the sound of a siren and a screeching noise.

"For a few seconds, the rider tried to fight the officer. The rider was pinned to the ground at one point but managed to escape.

"He picked up his helmet and ran to the void deck with the officer in pursuit," said Mr Bryden.

He added that as he continued his walk home, another officer was seen talking to residents, and the rider, who was limping, was being escorted by the officer.