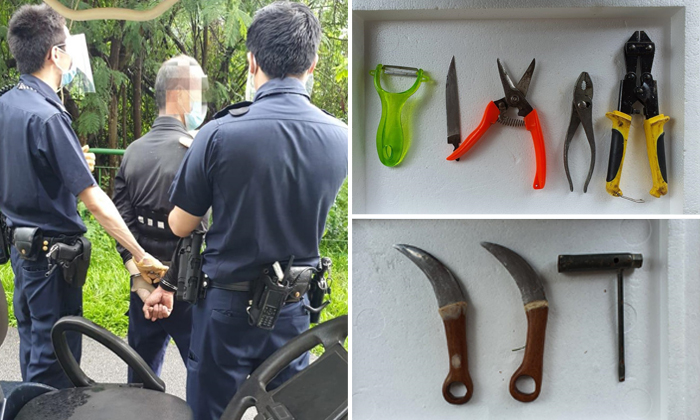 A 61-year-old man has been arrested for attempted murder after he allegedly stabbed a safe distancing enforcement officer from the National Parks Board (NParks) who was putting up SafeEntry signs along the Sungei Serangoon Park Connector.

The man, who did not have a mask on and was cutting plants illegally, turned aggressive towards NParks officers who approached him and attacked one of them with a sharp instrument, the police said on Monday (May 4).

"The victim sustained serious injuries to his chest, arm and hand. He was conscious when conveyed to Changi General Hospital," said the police, who were alerted to the incident just after noon on Monday.

The man fled the scene on his bicycle before police arrived, but he was arrested within 1½ hours of the incident. 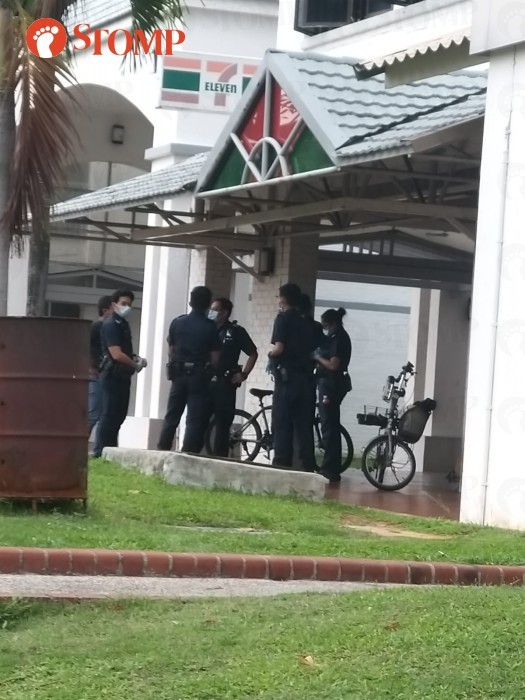 (A Stomper said he spotted the police and enforcement officers from various agencies at the scene. There was also "a mess" on the ground.)

The police said the man will also be investigated for possession of offensive weapons in public places and breach of safe distancing measures.

He will be remanded for further investigations and the police will seek a court order to send him for psychiatric assessment.

He is expected to be charged in court on Wednesday with attempted murder, which carries a jail term of up to 15 years, and a fine. If a person is hurt by such an act, a convicted offender faces life imprisonment and caning. But men above 50 years old cannot be caned.

The police added: "This is an egregious act of violence inflicted on a public servant who was performing his duties. The man will be prosecuted to the fullest extent of the law."

The authorities are extending support to the NParks officer, who is currently warded for treatment, said NParks and the Ministry of the Environment and Water Resources in a joint statement to the media.

“We are appalled and deeply concerned by the vicious attack on a safe distancing enforcement officer from the National Parks Board today,” said the two agencies, adding that there is zero tolerance for such egregious acts of violence.

Citing another case where a woman allegedly assaulted another member of the public who told her to put on a mask, Minister for the Environment and Water Resources Masagos Zulkifli said in a Facebook post that violence and “complete disregard for safe distancing is absolutely unacceptable”.

“I would like to underscore that any form of abuse or attack against public officers constitutes a grave offence,” he said, adding that officers have worked tirelessly and made personal sacrifices to keep Singapore safe.

Enforcement officers are unarmed and perform a national duty to keep Singapore safe from the spread of Covid-19, said Mr Masagos.

“They deserve to be treated with respect. Their families are waiting for them to return home safely each day. It is our collective responsibility to look out for them, just as they are looking out for us,” he added.

Related Stories
Man who did not wear mask, hurled vulgarities and racist remarks at store supervisor charged
Delivery rider lashes out at LTA officer over smoking: He was just reminding him to wear mask, says LTA
Arrested: Woman who cursed and spat at KFC employee after being told to wait for her order
More About:
attack
injured
arrest
NParks
Covid-19