Man arrested for armed robbery involving about $35,000 in cash and jewellery 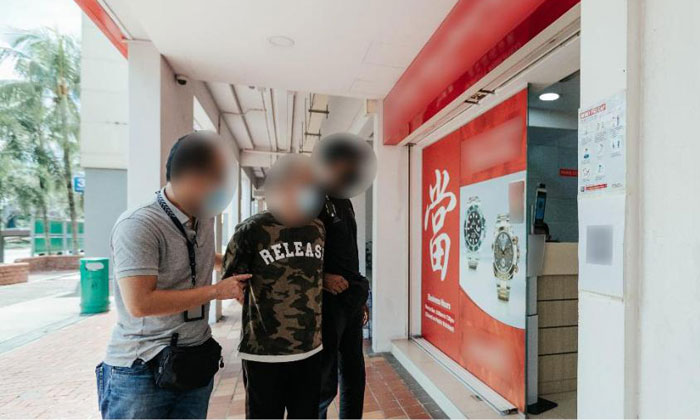 A man was arrested on Friday morning (Sept 3) for his suspected involvement in a case of armed robbery involving about $35,000 worth of cash and jewellery.

He is said to have shown a female staff member a handwritten note stating in Chinese: "Do not shout, I only need money. I have a knife on me, I do not wish to hurt people."

The man then purportedly used a knife to confront another staff member, who complied with his instructions and passed him about $24,400 in cash.

He allegedly grabbed a gold chain and a gold bracelet worth $10,747 in all, before fleeing the scene.

He was arrested within 16 hours of the heist at a residential unit in Sembawang Road, police said at a press conference on Friday afternoon.

A knife, the handwritten note, the two pieces of jewellery, a shirt, a pair of pants and a bag were seized by the police.

"Cash amounting to $4,454 was recovered, and efforts are under way to recover the remainder of the stolen cash."

The man is believed to have acted alone and will be charged with armed robbery on Saturday.

The police said they were alerted to the incident at about 5.50pm on Thursday. 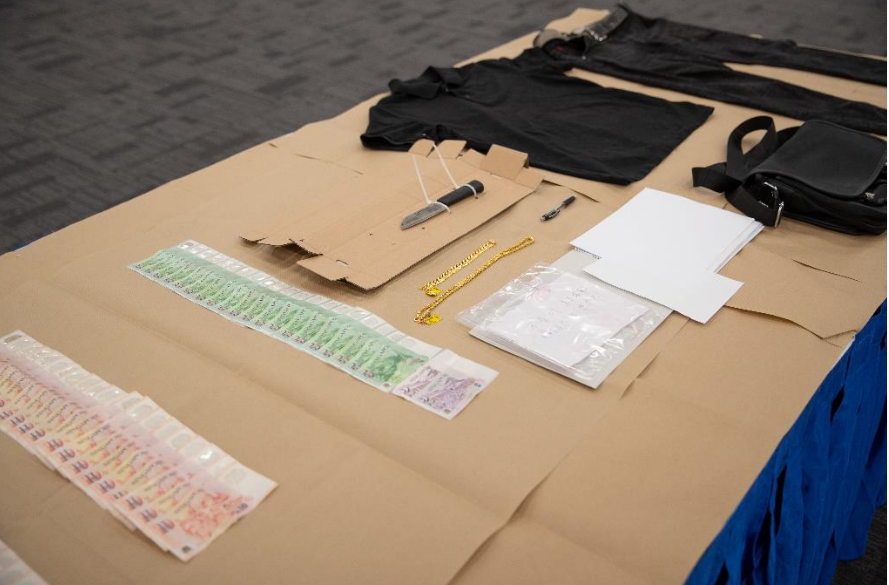 Officers identified the man with the aid of forensics technology and closed-circuit television (CCTV) footage.

Deputy Assistant Commissioner of Police Ang Eng Seng, who is Commander of Woodlands Police Division, said the man had attempted to evade detection by using various modes of transport such as the bus, taxi and motorcycle.

"The forensics examination and analysis at the crime scene, coupled with CCTV footage, were instrumental in the quick resolution of the case," he said.

"This case exemplifies the relentless commitment from the Singapore Police Force in bringing criminals to justice."

If convicted of armed robbery, the man can be jailed between two and 10 years, and be given not less than 12 strokes of the cane.

Related Stories
Man slashed by armed 20-year-old youth who tried to rob him of $100k cash in Buangkok
Man who fled Bukit Batok licensed moneylender with $22,000 charged with armed robbery
Canadian who robbed StanChart bank in Singapore gets 5 years' jail, may not be caned
More About:
arrested
robbery
armed robbery
cash
jewellery
knife