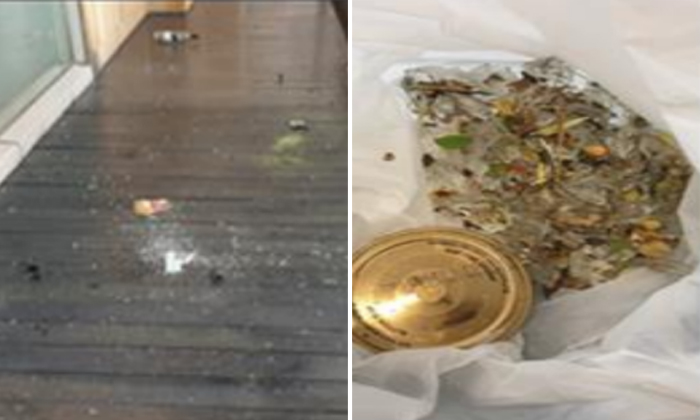 A 42-year-old man was arrested on Tuesday (May 10) for allegedly throwing glass bottles from height onto a walkway.

Between May 6 and 10, the police received several reports of items being thrown down to the corridor of one of the levels of a residential block in Gopeng Street near Tanjong Pagar.

Through extensive ground enquiries and with the help of police cameras, officers from Central Police Division established the identity of the man and arrested him.

Preliminary investigations revealed that the man had allegedly thrown glass bottles from height, down to the level 31 corridor walkway at the location.

He will be charged in court on Wednesday (May 11) with committing a rash act. The offence carries an imprisonment term of up to six months, a fine of up to $2,500, or both.

The police said: "The police have zero tolerance against acts that endanger the lives or safety of others and will not hesitate to take action against those who blatantly disregard the law."