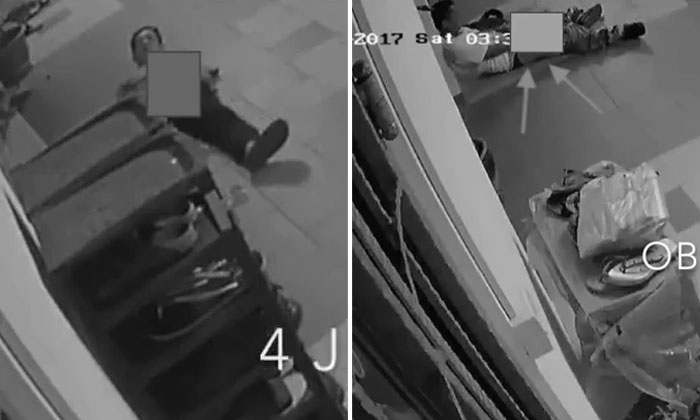 The police said in a statement on Thursday night (July 16) that they received a report on July 5 at 11.35am that the man had allegedly performed an obscene act at the lift lobby of a block along Hougang Street 51.

Shortly after, the man left the said location.

Officers from Ang Mo Kio Police Division established the identity of the man and arrested him on Thursday at 11.30am.

He will be charged in court for doing an obscene act in a public place.

The offence carries a jail term of up to three months, a fine, or both.

According to a Facebook post by a resident at the said block, this is not the first time the man has performed such acts in front of her unit.

In the post shared on Wednesday (July 15), Facebook user S Ai Leen said the man has been 'harassing' her family since December 2017.

She recounted how he would ring their doorbell several times, even past midnight, and slip letters under their door.

After installing a CCTV system worth $500, she also posted footage showing the man committing obscene acts outside her home on different occasions.

In the video, he is also seen lying on the floor and sleeping just outside their doorstep, urinating on their potted plants and going through their personal belongings.

She added that over the years, the family has made multiple police reports.

She wrote: "These acts of intentional harassment and stalking since 2017 caused immense distress and affected our family's mental health."

She added that she wanted to bring light to the issue to raise awareness on safety and security.