Man arrested at River Valley after slapping woman and shouting at police: "Do you know who my mum is?" 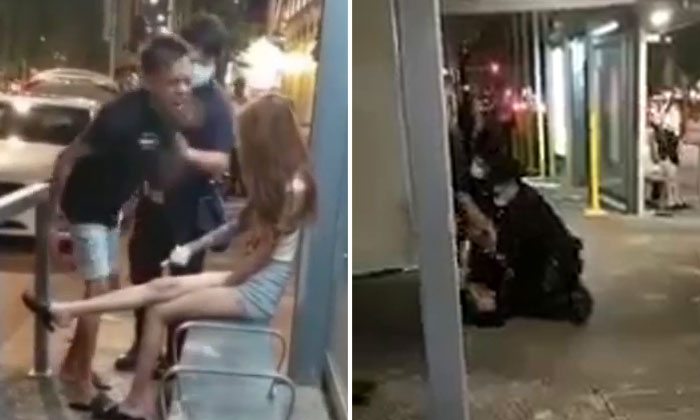 A 25-year-old man was arrested for public nuisance following a dispute in which he slapped a woman at River Valley Road on Mar 25.

A video posted on Instagram shows a man shouting at a woman at a taxi stand.

A police officer is seen trying to talk to the man but he continues to shout at the woman and is heard saying: "You say you want to call the police, what did I do wrong?"

He then proceeds to slap his own head and even bangs it against a notice board at the bus stop.

As the officer tries to get the man to walk away, he turns back and slaps the woman's face.

The officer immediately grabs the man's arm and pulls him away before his colleague steps in and helps to restrain him.

Before the man is pinned down and apprehended, he is heard shouting: "Do you know who my mum is?"

Man tries to resist arrest by shouting: "U KNOW WHO'S MY MOTHER OR NOT?!" How sia, we dun know leh. U all know?

Posted by All Singapore Stuff on Saturday, March 27, 2021

In response to a Stomp query, the police said they were alerted to a case of dispute at 3B River Valley Road.

"A 25-year-old man was arrested for public nuisance," a police spokesman said.