Man arrested after slicing his own arm in Choa Chu Kang, 2 taken to hospital 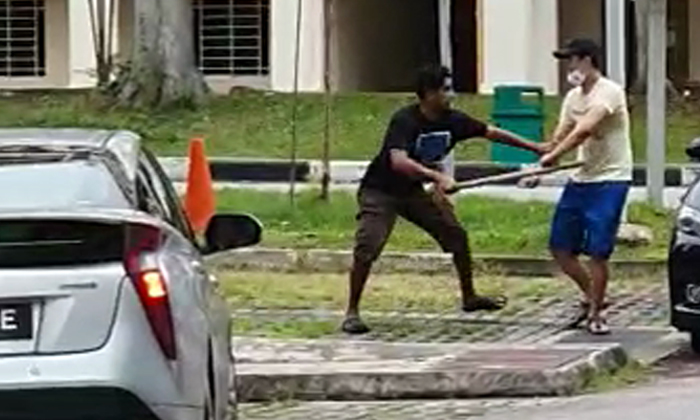 A 23-year-old man was arrested after being caught on camera injuring himself in Choa Chu Kang on Tuesday afternoon (Sep 29).

In response to a Stomp query, the police said they were alerted to a case of voluntarily causing hurt by dangerous weapon at Block 409 Chua Chu Kang Avenue 3 at 12.02pm.

Several Stompers shared a circulated video showing the man slicing his own arm repeatedly while standing off with another man who was holding a hoe-like object.

A second video shows a woman with blood on her face and a female onlooker asking her, "You ok or not?"

The woman can be heard saying, "Can you help me?"

According to the police, a 27-year-old woman was conscious when taken to National University Hospital.

They added: "A 23-year-old man was arrested in relation to the case and subsequently conveyed conscious to Ng Teng Fong Hospital."