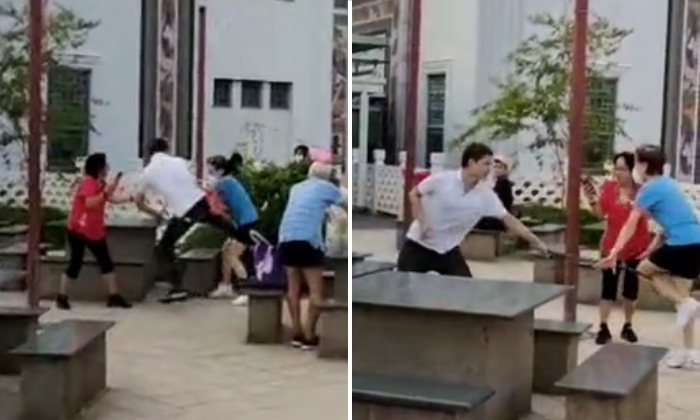 Was it because he did not enjoy her singing and dancing?

A 37-year-old man was arrested for affray after kicking and hitting a 73-year-old woman with a trash picker on the Garden Bridge in Chinatown on Saturday (Sept 17).

The woman is assisting with police investigations.

She told Shin Min Daily News that she usually sang and danced on the bridge on weekends.

"That day, the man walked up to me for no reason, called me a prostitute and threatened to hit me," she said.

In a video posted online, the woman is seen holding the trash picker at first while the man was speaking on the phone. He then approached the woman and shouted at her in Mandarin.

Man Beats Auntie @ Chinatown No matter what, you should not hit a woman

"So I grabbed the trash picker used by the cleaners from the side to defend myself," said the woman. "I didn't expect him to snatch it away from me."

He also kicked her as he took the trash picker and hit her body with it.

The man hit her again on the leg after she tried to get the trash picker back from him. 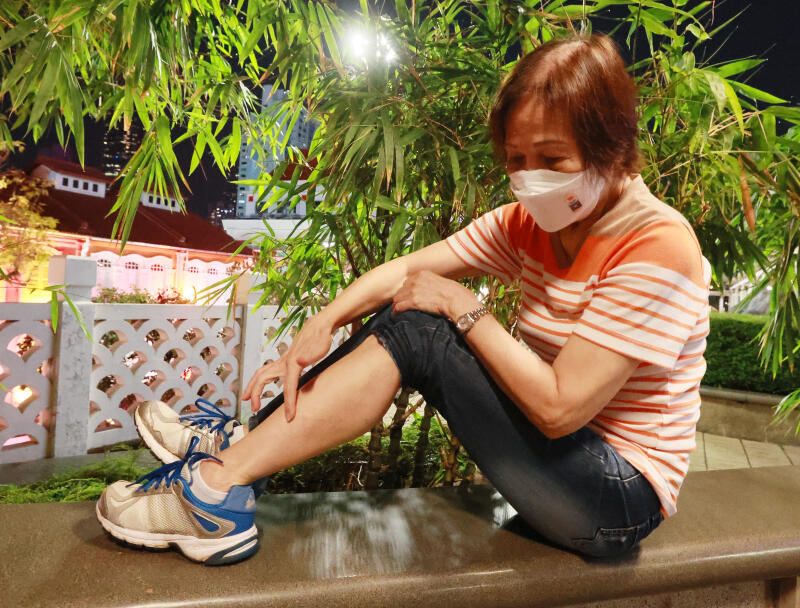 In response to a Stomp query, police said they were alerted to a fight at the Garden Bridge near 1 Park Road at 6.30pm.

Related Stories
Woman arrested after wielding knife against cops with sub-machine guns outside Tampines school
Man and woman arrested for affray after Taman Jurong fight, he's also nabbed for outrage of modesty
Woman throws chair at another over getai seat, gets punched 3 times until her face is bloody
More About:
arrested
affray
Chinatown
elderly woman
fight