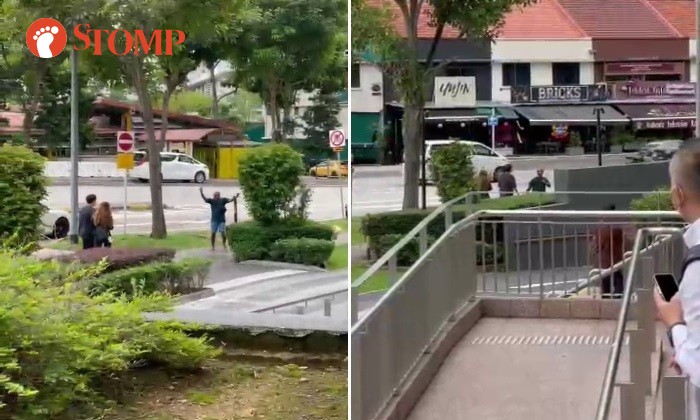 A man was arrested for using abusive language against a public servant after allegedly punching another man near Great World City on Thursday (June 30).

Sharing a map of the area, Stomper Justin recounted the incident: "The man was first spotted making a lot of noise and threatening bystanders at Point 1. Then I was at Point 2 with my colleague and went to check out the commotion. I saw someone lying by the side of the walkway at Point 3. 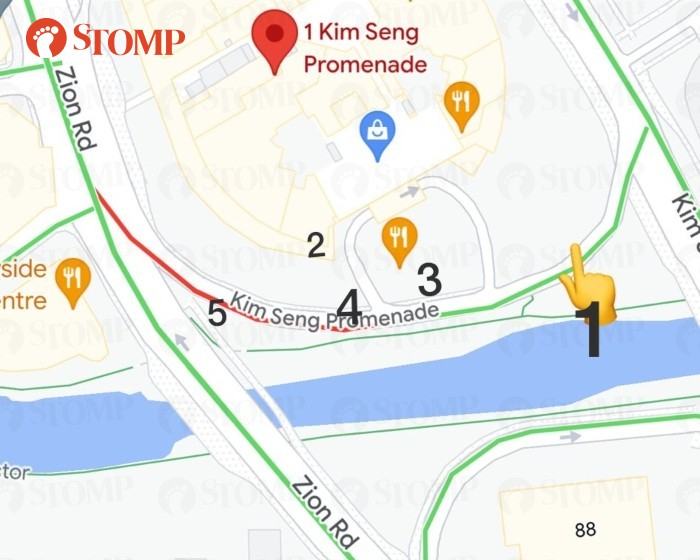 "While I was standing at Point 4 with a bunch of others, the man pointed at us and cursed at us and threatened us in dialect. He then walked towards us.

"Most of us retreated into the smoking point and he continued to follow the walkway till he got to a guy in a black shirt at Point 5.

"I took the video after I saw the man punch the black shirt guy."

Justin shared with Stomp the video and a photo of a policeman at the scene.

In response to a Stomp query, police said they were alerted to a case of assault at 1 Kim Seng Promenade at around 4.20pm.

A 41-year-old man was arrested for using abusive language against a public servant, while a 25-year-old man sustained minor injuries but refused to be taken to the hospital. 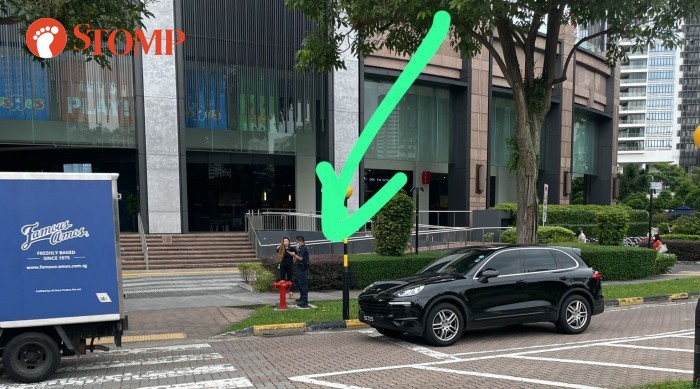 Related Stories
Man slaps and hits himself with chair during dispute at Soon Lee Street
Fight in Chinatown broken up by TransCom officers
More About:
fight
arrested
police
punch