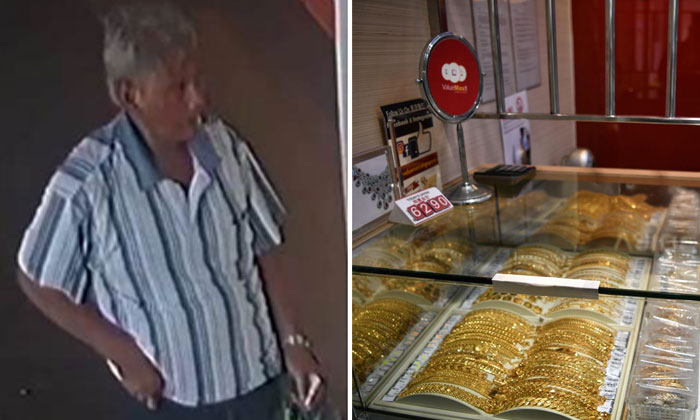 A 67-year-old man has been arrested for his suspected involvement in a case of attempted armed robbery.

The police said in a statement that they received a report on July 12 at about 1.50pm that a man wearing a red top had entered a pawnshop at Block 213 Bedok North Street 1 and tried to smash the glass display case with a chopper.

He fled the scene with the chopper but did not make off with anything.

Officers from Bedok Police Division established the identity of the suspect and arrested him within 32 hours on July 13 along Yishun Street 22.

He will be charged in court on Monday (July 15) for attempted armed robbery.

Those convicted can be jailed between two and seven years and punished with a minimum of 12 strokes of the cane. But if they are aged over 50, they cannot be caned.

Commander of Bedok Police Division Julius Lim said: "The man had taken great pains to conceal his identity by covering his face with a surgical mask and changed his clothing multiple times after fleeing the scene.

"Despite that, Bedok Police Division officers demonstrated great resolve and resourcefulness, and managed to bring him to justice.

"This arrest also signals how Police will spare no effort to track down those who conceal their identities to commit crime."

ValueMax employees told The Straits Times that a masked man had entered the shop brandishing a chopper and swung it on a glass counter containing gold jewellery.

Although the thick glass counter cracked slightly, it did not break - unlike his weapon which snapped into two pieces.

After picking up the pieces, the man fled without having taken anything.