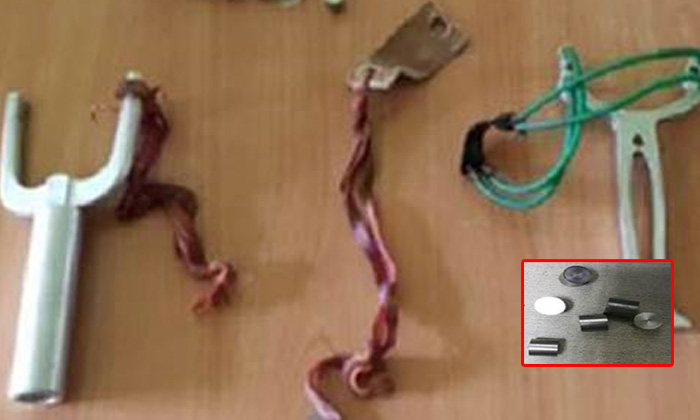 A 64-year-old man was arrested for possession of an offensive instrument, rash act, and mischief.

On July 6, the police received a report that someone had damaged the window panel at an industrial building along 51 Bukit Batok Crescent.

The damage was believed to be caused by the impact from a metallic projectile recovered from the scene.

Through ground enquiries, officers from Jurong Police Division identified and arrested the man on July 9.

A total of 75 metallic pellets, two catapults, and one improvised rubber band, which are believed to be used in the commission of the offences, were seized as case exhibits.

Preliminary investigations revealed that the man is believed to be involved in at least 10 similar cases in the Bukit Batok estate that were committed between 2014 till date.

If convicted for rash act under the Penal Code, the man shall be punished with imprisonment for a term of up to six months, or with a fine which may extend to $2,500, or with both.

If convicted for mischief under the Penal Code, the man shall be punished with imprisonment for a term of up to two years, or with fine, or with both.

Under the Miscellaneous Offences Act, anyone convicted for possessing an offensive instrument shall be punished with imprisonment for a term of up to two years.