Man arrested after bringing out knife during dispute at Punggol Way 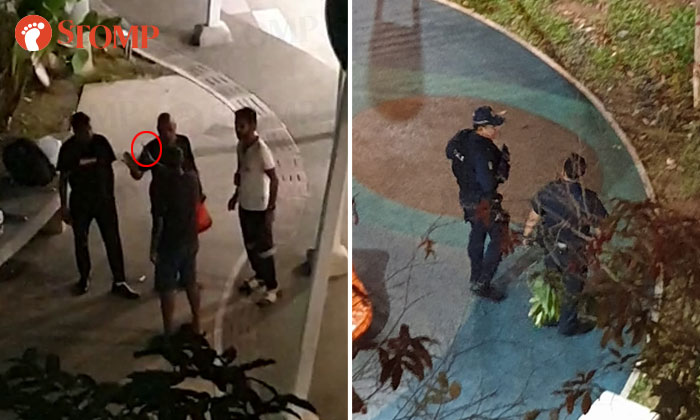 A 34-year-old man was arrested for carrying an offensive weapon at Block 261 Punggol Way in the early hours of Saturday morning (Feb 29).

Stomp understands the weapon was a knife.

Stomper Afiz alerted Stomp to the incident and shared videos and photos he took from his home nearby.

"At around 1am, while I was sleeping, I heard a group of guys arguing and talking so loud at the stone bench in front of my block at Punggol Way," he said.

"I was so annoyed and went to take a look from my window and saw three guys.

"I guess they were drinking as I saw one of them holding a drink can and they seemed drunk.

"They were talking and arguing so loud and even threatening each other like they wanted to fight."

In one of the clips Afiz shared with Stomp, a man holding a drink can is seen pointing and shouting at another man wearing shorts.

He is heard accusing the man: "You show me the eyeball."

"As the noise got louder and louder, I decided to call the police," said the Stomper.

"I kept watching the drama show as I couldn't sleep by then."

While waiting for the police to arrive, Afiz saw the man wearing shorts leave and return with a knife.

He called the police again to update them that the fight now involved a weapon.

"Minutes later, police arrived and the guy with the weapon tried to run but he was caught by the officers.

"Police back up came one after another involving another few police cars, investigation officers, Special Tactics and Rescue (STAR) team and even forensics. 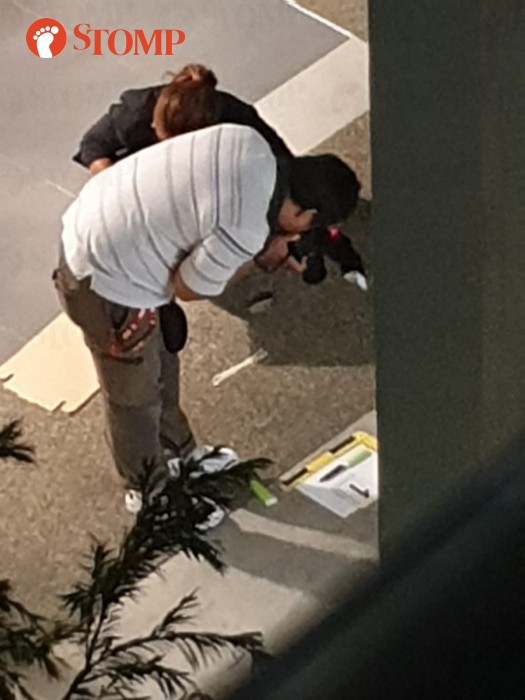 In response to a Stomp query, the police said they received a call for assistance at 1.29am.

"A 34-year-old man was arrested for carrying an offensive weapon in a public place," a police spokesman said.