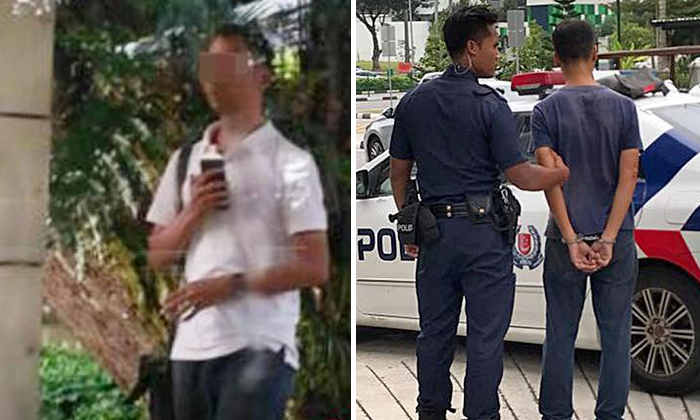 A man was arrested for allegedly used his phone to secretly record videos of students from three girl schools in Bukit Timah.

Parents from three schools in the area, namely Raffles Girls' School, Methodist Girls' School and Singapore Chinese Girl’s School were warned of a suspicious man lurking outside the schools via various chat groups.

A parent, Ms Xiao, told Shin Min Daily News that she was sending her daughter to school when she noticed the man walking around with a phone in his hand, behaving suspiciously.

Ms Xiao said that many parents have observed this man wandering around the girl schools in the area.

“At about 7.20am, I saw him going through the gates to enter the school.

“Later I was notified by my chat group that he was arrested. “

Another mother, Ms Yang , 43, told reporters that her daughter was a student at Raffles Girls' School, and she became worried when she first heard of the man.

“Fortunately, he has been arrested, but I will still remind my daughter to be careful.”

A Lianhe Wanbao reporter, Ms Chen, 23, revealed that she had been harassed by the same man while she was a student seven years ago.

The man had approached Ms Chen for a survey, but started messaging her to chat after a few days, reports Lianhe Wanbao.

“Even his methods remain unchanged.

“When I heard from my colleague that there was a man arrested for harassing female students, I thought it could be him even without looking at the photos.

“When I saw the photos, I recognised him right away.

“I  never expected him to resume his activities after getting arrested last year.

“I can still remember the weird way he would stare at you.”

It is understood that a wary parent called the police, and the man had faced similar charges in the past year, including the harassment of students, stalking a girl near a junior college nearby, and recording a video of the student crossing the road.

In addition, he was also charged with using a pinhole camera to take an upskirt video in April 2016.

In response to media queries, a police spokesman said that a 41-year-old man was arrested on Friday (Oct 27) for causing public nuisance.