Man apologises after video shows him slam-dunking fish into water and shouting, 'Be free!' 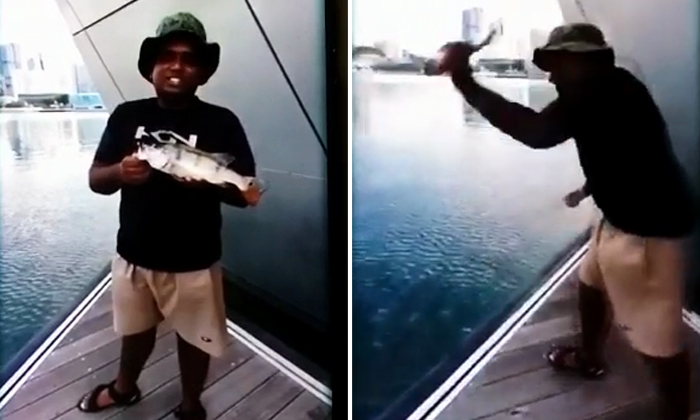 A man who was seen forcefully throwing a fish into the water has apologised for his actions after a video of the incident drew flak online.

Stompers Stomptress29 and Justice League alerted Stomp to the video posted in Facebook group Eat Sleep Fish on Sunday (Mar 8), at around 7.53pm.

Stomptress29 said: "The video shows a man holding a peacock bass that was presumedly caught at the scene - Marina Bay in front of Marina Bay Sands, where fishing is illegal.

"In the video, he is heard saying: 'It is traditional to let your first fish go, man. Be free!'

"He proceeds to 'release' the fish by violently smacking it into the water, whereupon the fish floats up lifeless.

"These acts of animal cruelty to a wild animal cannot be condoned."

According to Stomptress29, the video was taken down after netizens reacted negatively, though some users managed to record it.

Stomper Justice League also condemned the video, adding: "I hope the authorities can trace and find this culprit."

The man involved in the incident later apologised for his actions and said the fish was already dead when he "picked it up and did the video". 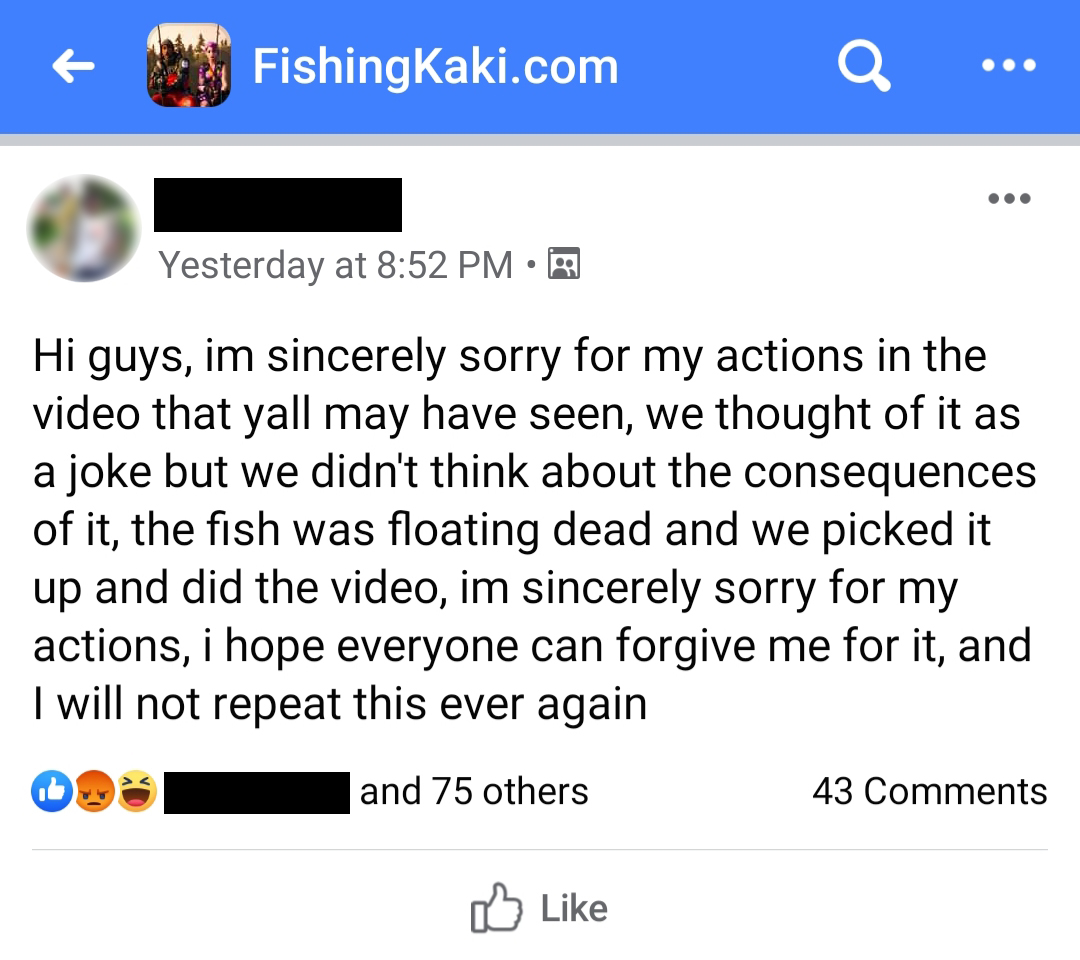 He wrote in a Facebook post on Sunday night: "Hi guys, I'm sincerely sorry for my actions in the video that y'all may have seen, we thought of it as a joke but we didn't think about the consequences of it.

"The fish was floating dead and we picked it up and did the video.

"I'm sincerely sorry for my actions, I hope everyone can forgive me for it, and I will not repeat this ever again."