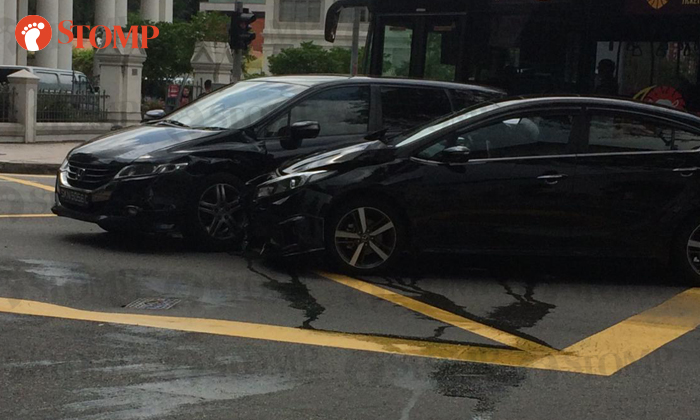 Two passengers were taken to hospital after an accident involving two cars occurred at the junction of Bras Basah Road and Queen Street on Monday afternoon (Jan 14).

Stomper Concerned Citizen passed by the scene and contributed photos to Stomp.

Besides two damaged black cars, she also saw an ambulance.

Responding to a Stomp query, the police said they were alerted to the accident at 12.24pm.

Stomp understands that they were from the same car.

One sustained neck pains while another had pain in the right arm.