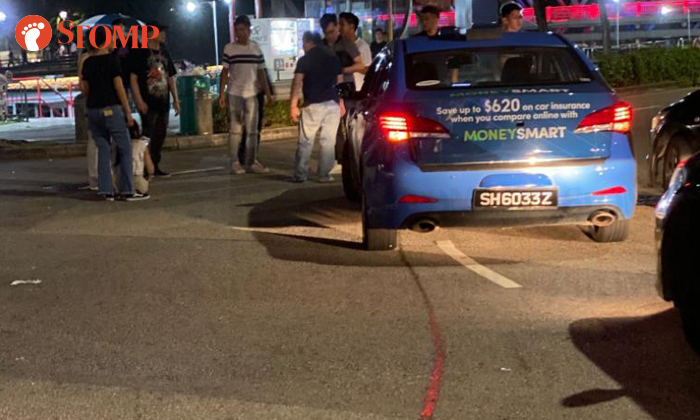 Two pedestrians were taken to hospital after an accident with a taxi along River Valley Road in the early hours of Saturday (Sep 28).

Stomper Rohaizat, who contributed a photo of the accident scene, said the taxi had hit a man and a woman.

"Both of them were sent flying," added Rohaizat.

"The lady's right elbow was injured from what I saw."

In the photo, several people can be seen standing near the ComfortDelGro cab.

Responding to a Stomp query, the police said they were alerted to the accident at 4.35am.

A 32-year-old man and a 24-year-old woman were conscious when conveyed to Singapore General Hospital.

"We are thankful that their injuries are not serious. They have received outpatient treatment. We will be in touch to assist them the best we can."