Man and twin brother helped his GF to fake break-in, steal more than $57k from her family 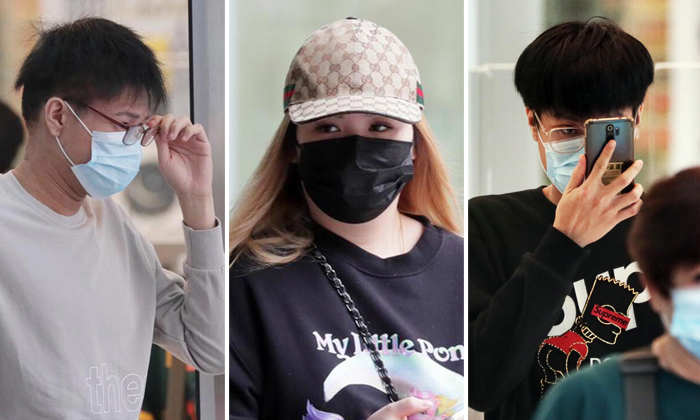 Twin brothers who were accomplices to a woman's scheme to steal over $57,000 from her family were jailed on Wednesday (May 19).

Oh Jia Kai, 25, the boyfriend of the woman, Tiffany Tan Hwee Shuan, was sentenced to 15 weeks' jail while his brother, Oh Jia Cheng, was jailed for nine weeks.

A probation suitability report was called for Tan, 22, who had got the brothers involved in her plan to fool her family into thinking that there had been a break-in.

All three had pleaded guilty to one count of theft with common intention last month.

Tan put her plan in action on the night of July 11 last year when her brother and father were not home.

She lured her mother out of their home to go for supper with Jia Kai while his twin waited near the flat.

When she got into the car, Tan lied about leaving her mobile phone at home and went back up to the flat to "retrieve" it.

She took her brother's safe containing a Rolex watch worth $11,500, two gold rings and cash, among other things. She also took an envelope containing $34,000 in cash from her father's bag and a Louis Vuitton pouch.

To make it seem as if someone had broken into the flat, she also stole all the piggy banks from her brother's room.

Tan then called Jia Cheng to help her pack the stolen items into a car she had rented.

A few hours later, Tan's brother and father noticed their valuables were missing and called the police. To avoid suspicion, Tan lied and said she had lost $3,000 from her bag as well.

The trio were caught when a review of police camera footage showed Jia Cheng walking out of the lift at the Housing Board block with two bulky bags.

Jia Cheng initially denied his involvement in the theft by telling the police he was not close to his brother and Tan, but his lies were exposed when the police tracked his movements from records provided by ride-hailing firm Grab.

Tan has since made restitution of $6,900 to her family.

The prosecution initially sought at least six months' jail for Tan but revised its submissions, as she was 21 at the time of the offences. Probation is usually offered to offenders between the ages of 16 and 21 and does not result in a criminal record.