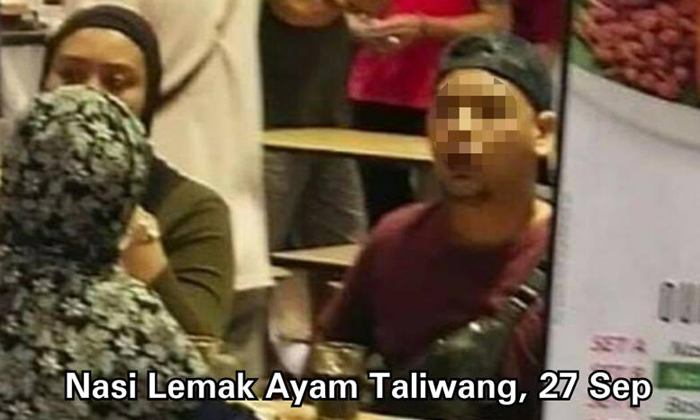 A man allegedly threatened to punch and throw hot coffee on staff at a nasi lemak stall in Yishun Park Hawker Centre due to the supposedly long wait for his food.

Nasi Lemak Ayam Taliwang shared about the incident on its Facebook page and said it occurred on Sep 27.

According to the stall, a woman had ordered two nasi lemak sets at around 10.21am and was informed of a 15-minute wait, which she agreed to.

Five minutes later at 10.26am, her husband "came and asked for the food", said the stall.

The stall added: "He was informed of the waiting time and he started to berate our staff and told us that we should serve him and the takeaways after him.

"We have zero tolerance for rudeness and decide to give him back the money. However he continued his tirade and even threatened to punch and throw hot coffee on my staff."

A worker at a nearby stall told Lianhe Wanbao that he saw the man and a female employee from Nasi Lemak Ayam Taliwang arguing in increasingly loud voices, though there was no physical alteration.

Nasi Lemak Ayam Taliwang had said it was looking for the man to "identify himself to the police for intentional harassment", but later shared in an update that the man has "communicated to the police and conveyed his apologies".

The police confirmed that they were alerted to a case of intentional harassment. Both parties were advised on their legal recourse.

*UPDATE* The said person have communicated to the police and conveyed his apologies. Hence we have brought down the...