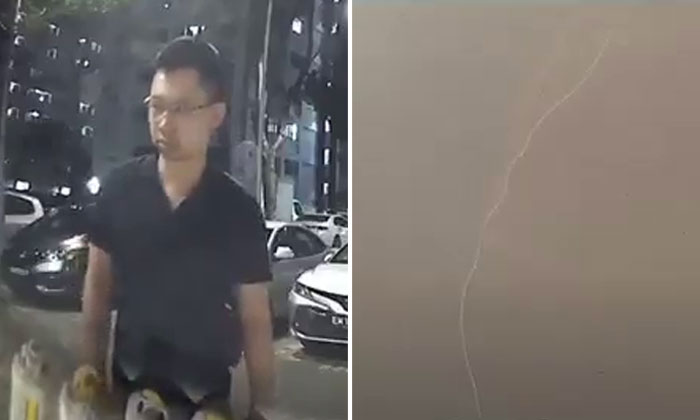 A man was caught on video allegedly scratching a car at a carpark in Choa Chu Kang on Jan 23.

A Stomper alerted Stomp to the video that was posted on SG Road Vigilante's Facebook page.

According to the post, the incident happened at about 5am near Block 442 Choa Chu Kang Avenue 4.

The man was apparently 'upset' that the car was parked 'too close' to his own car, the post said.

In the video, the man is seen looking at the car with the in-car camera before walking to the rear of his vehicle.

While he is out of the camera's frame, a grinding sound, akin to a sharp object being dragged across metal, is heard in the video.

He then returns to his car and drives off.

However, many also commented that the other party "deserved" getting his car scratched if he was indeed parked too close to the other vehicle.

Related Stories
Woman looking for culprit who scratched her car at Junction 8 carpark
Cabby finds long scratch on her taxi parked at Changi Village carpark: "Even cabs are not spared!"
Yet another driver's car gets scratched while parked at St Anne's Wood
More About:
scratch car
vandalism