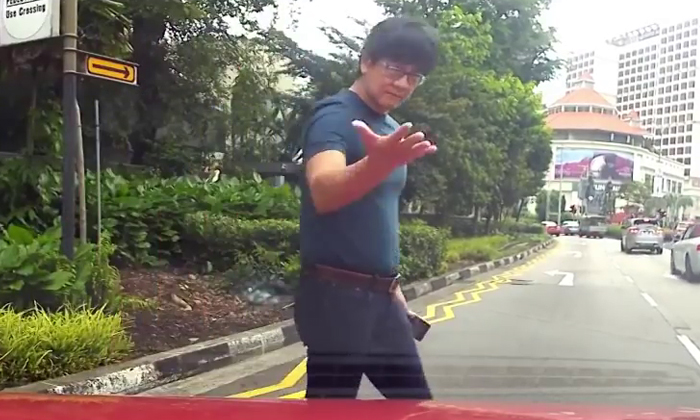 Police are investigating a road rage dispute where a man had allegedly punched a driver's car windows and demanded that he exit his vehicle to settle the matter.

ROADS.sg posted a video of the incident, which occurred along Napier Road, near Gleneagles Hospital, last Wednesday morning (Nov 20).

In the video, the driver whose car camera had captured the video, can be heard talking to someone on the phone.

Meanwhile, the video shows a bespectacled man pointing his mobile phone at the car-cam driver, apparently to take a photo or video.

The man is then seen walking towards the car and knocking sounds can be heard.

Besides making a hand gesture at the car driver, the man can also be heard repeatedly telling the latter to "come out" of his vehicle.

It is unclear what happened before the video, but the dispute between the pair is believed to have started over lane-cutting.

Responding to queries by Stomp, the police said they were alerted to a case of intentional harassment at 9.24am.