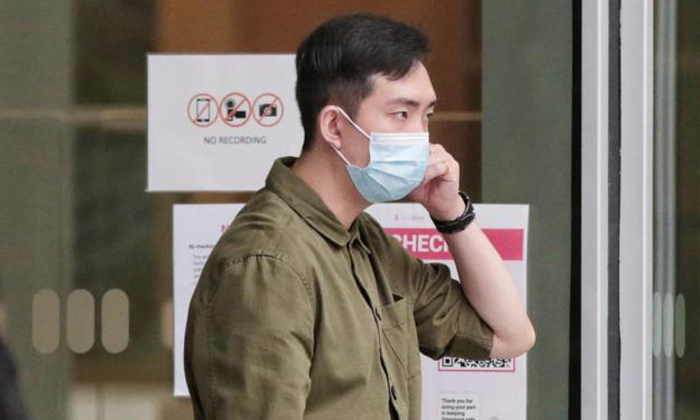 A man is accused of extortion after he allegedly tried to dishonestly induce a shift manager at the Marina Bay Sands (MBS) casino to give him items including a membership upgrade, a district court heard on Thursday (Dec 30).

On Aug 15, Goh Tian Shun is said to have threatened Mr Ng Say Beng by stating that he would alert the authorities over claims that a person who had not been vaccinated against Covid-19 had been allowed to dine in at a lounge in the casino.

Court documents do not state if Goh's claims were true.

On Aug 18, the Singaporean allegedly cheated a second casino employee by pretending to be a veteran photojournalist for The New Paper, Mr Jonathan Choo, in a phone message.

Goh, 29, was charged on Thursday with one count each of extortion and cheating by personation.

At around 4am on Aug 15, he allegedly committed extortion by attempting to put Mr Ng in fear of harm to the reputation of the MBS casino.

Goh is accused of trying to dishonestly induce him to deliver items – including a permanent upgrade to the “Paiza” membership.

Earlier media reports stated that the Paiza Club is known as the “playground” for high rollers at the casino.

If convicted of extortion, he can be jailed for up to five years and caned.

Offenders convicted of cheating by personation can be jailed for up to five years and fined.