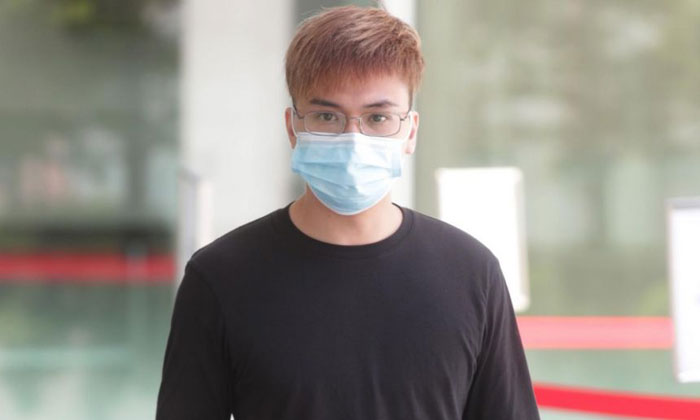 A man who allegedly ran an unlicensed KTV outlet in an industrial building during the Covid-19 outbreak was hauled to court on Friday (July 23).

Lee Bing Qian, 31, was charged with providing public entertainment without a licence, and an offence under the Covid-19 (Temporary Measures) Act.

He is also accused of supplying alcoholic drinks without a licence at the KTV outlet, which was located on the sixth storey of the Empire Technocentre building in Kaki Bukit Road.

According to court documents, Lee had allegedly failed to ensure that the unit remained closed to anyone at around 1.30am on May 7. There were 15 people in the outlet when the authorities checked the premises.

Lee is said to have unlawfully supplied alcoholic drinks and provided public entertainment there that morning.

Separately, five other people were charged on Friday with offences linked to operating massage establishments.

The Straits Times understands that the six cases are not linked to the Covid-19 KTV cluster.

In November last year, Yang allegedly failed to ensure that a female employee at the UV Spa in Hougang Street 21 did not provide sexual services at the premises.

He is accused of committing a similar offence involving another employee at the same establishment in February this year.

Wang, who was found out the same day, faces a similar charge.

Lim is said to have allowed massage services without a licence at Hong Heng Foot Reflexology in Upper Serangoon Road last December.

Tham allegedly committed the same offence at He Yong Spa in Serangoon Central Drive in April this year.

The cases involving all six people have been adjourned to next month.