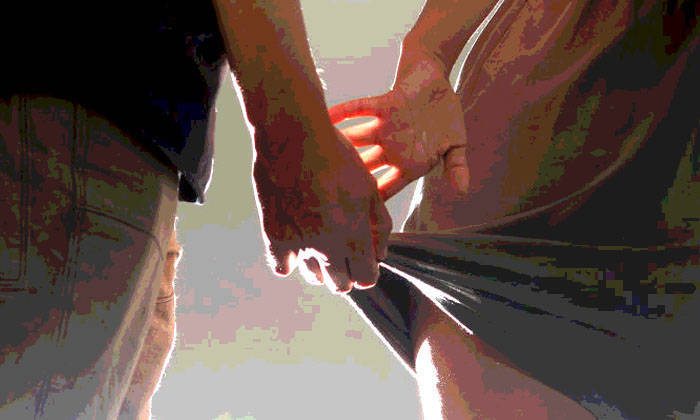 A 21-year-old man was arrested on Sep 7 for allegedly molesting a woman on the pretext of taking her body measurements for a clothing advertisement.

The police said that they received a report on Sep 6 from an 18-year-old woman about the incident.

Posing as a woman online, the man had contacted the victim via Instagram. He offered her free clothes and money in return for her advertising the clothes on her social media account.

When the victim accepted his offer, the man requested to meet up in person to obtain her body measurements before the clothes were sent to her.

However, prior to the meet-up, the man claimed that 'she' was unable to make it and said 'her' brother would be there to obtain the victim’s body measurements instead.

Upon meeting each other, the victim followed the man to a residential unit.

"The man asked the victim to undress herself on the pretext of taking her body measurements, and molested her thereafter," said police in a statement on Wednesday (Sep 18).

The man neither provided clothes nor paid the victim as initially offered.

The suspect, who was arrested the following day, is believed to be involved in other cases of outrage of modesty. He is currently assisting with police investigations.

If convicted for outrage of modesty, he faces a jail term of up to two years and/or a fine and/or caning.

The police also advised members of the public to adopt the following crime prevention measures:

Related Stories
Teen lured girl, 12, to Bukit Panjang staircase to be his photo 'model' and molested her
Student says RydePool driver touched her breast while she was asleep, both make police report
Male model asked Sentosa partygoer if she was aroused and made lewd remark, then molested her
More About:
molest
arrest
instagram