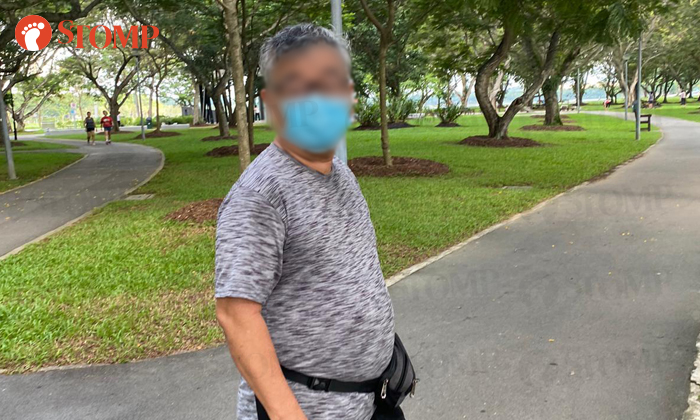 Police are investigating an incident in which a man allegedly confronted a woman and made racist remarks against her - after he insisted that her infant wear a mask - at Bedok Reservoir.

Stomper Anonymous, who is an Indian Singaporean, said the incident occurred last Tuesday morning (May 25) at around 8.30am.

According to Anonymous, she had been taking a walk while pushing her seven-month-old son in a stroller when a man "confronted" her.

She recounted: "An elderly gentleman came up to me and started asking why my baby was not in a mask. He insisted that my baby wear a mask.

"I politely moved away and informed him that my son is seven months old and therefore not required a mask.

"The man retorted that 'you Indians don't follow the rules' and said 'when you Indians come to Singapore, follow Singapore rules and not Indian ones'.

"He then proceeded to snap pictures of my son.

"I walked behind him a little bit and asked he could take photos of my child without permission, but he tried to take more pictures of me and my son.

"He then continued his tirade about how my baby must wear a mask, after which I just left and returned home."

The Stomper subsequently decided to lodge a police report on the same day as she was concerned about the man being "in possession of an unsolicited photo of a minor".

She added: "Singapore is my country and home, and it saddens me to hear that some people believe otherwise.

"We are all in this together and I hope sharing my experience will remind everyone that there is NO room for racism in Singapore."