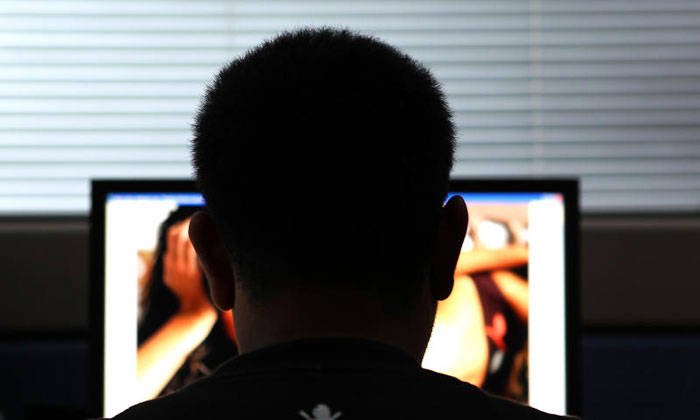 Posing as a woman, national serviceman Ramlan Abu advertised sexual services online and used his victims' nude photos to extort a total of $6,000 from them.

He was sentenced to 6½ years' jail and 10 strokes of the cane, with effect from Oct 25 last year, when he was remanded.

Fifty other similar charges were taken into consideration.

Those interested in procuring his services would then send a text message or call him on his mobile phone number, thinking that they were contacting a woman.

Between March and October last year, he then used the nude photos sent to him willingly by at least five victims to extort money from them. He did this on several occasions.

The victims cannot be named due to a gag order.

In one of the cases, a 22-year-old Singaporean man came across Ramlan's advertisement online and contacted him through WhatsApp on Sept 24 last year.

During the conversation, the man sent Ramlan a nude photo of himself, and later, on Ramlan's suggestion, the pair did a video call.

Deputy Public Prosecutor Zhou Yihong said: "At the start of the video call, the victim still thought he was calling a female, as the accused looked like a woman on video."

Later that day, Ramlan sent the victim a Facebook post with photos showing the victim's genitals and face, and said that if the victim did not transfer $90 to him, he would not take down the Facebook post.

Fearing that the post could harm his reputation, the victim acceded to the request.

Ramlan continued to use the same tactic to extort a total of $3,110 from the man on 31 occasions between Sept 24 and Oct 22 last year, when the victim finally made a police report.

The next day, Ramlan was arrested. During a police search, a packet of methylamphetamine, or Ice, as well as an improvised plastic ware meant for the consumption of the drug were found in his possession.

On Wednesday, DPP Zhou noted that Ramlan's extortion offences were committed over an extended period of time, and "almost on a daily basis" in September and October last year.

Calling the case "quite unprecedented", she urged the court to send out a firm deterrent message with a harsh imprisonment term.

Related Stories
18-year-old man posed as woman online and asked for advance payment for sexual services
Man who demanded $50k from teen in sex video and turned up drunk in court gets jail, caning
Man sent obscene photos of 6-year-old daughter to man, 40, whom he thought was teenage girl
More About:
sex
extortion
court