Man admits to statutory rape of 12-year-old girl, who got pregnant and had abortion 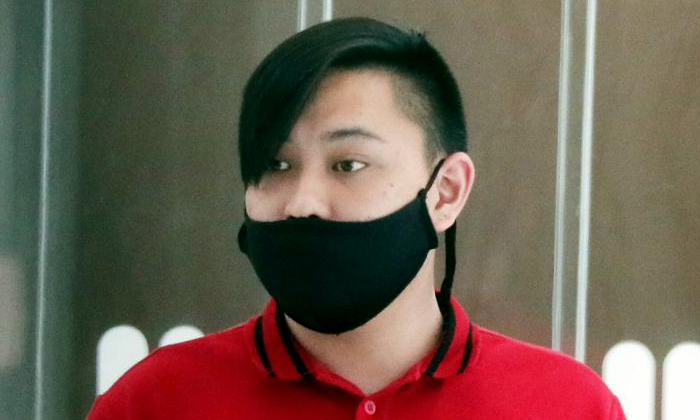 After chatting with a 12-year-old girl on a live-streaming mobile app called Bigo Live, a man, then 18 years old, committed statutory rape against her at their first meeting.

Lok Yong Quan impregnated the girl, who later had an abortion.

On Thursday (March 3), a district judge called for a probation suitability report to be made after Lok, now 23, pleaded guilty and was convicted of two counts of statutory rape.

A total of 11 other charges of statutory rape and sexual penetration of a child under 14 years of age will be taken into consideration for his sentencing.

The court heard that Lok met the girl on Bigo Live on Sept 1, 2017, after she sent him a heart icon.

Lok asked for her gender and age, and she replied that she was a 12-year-old girl.

They met the next day at Bukit Gombak MRT station, held hands and walked to Lok's flat.

While in his bedroom, she consented to a sex act with him and his having sex with her, said Deputy Public Prosecutor Niranjan Ranjakunalan.

He committed statutory rape against her over the next five consecutive days as well as on Dec 20, 2017.

Lok did not wear a condom on several of these occasions.

The victim became pregnant and investigations, including DNA testing, revealed that Lok was the biological father.

When the victim told Lok that she was pregnant with his baby in December 2017, he acknowledged that it was his fault and told her that he could end up in jail.

He told her that while it was her choice whether to keep the baby or not, he thought that she should abort it.

After the abortion, Lok apologised to her for getting her pregnant.

The Ministry of Social and Family Development’s Child Protective Service reported the incident to the police on Feb 1, 2018, after the girl's school principal informed the agency that the girl was pregnant.

Lok will return to court for sentencing on April 13.

Those found guilty of statutory rape face a jail term of up to 20 years, and a fine or caning.