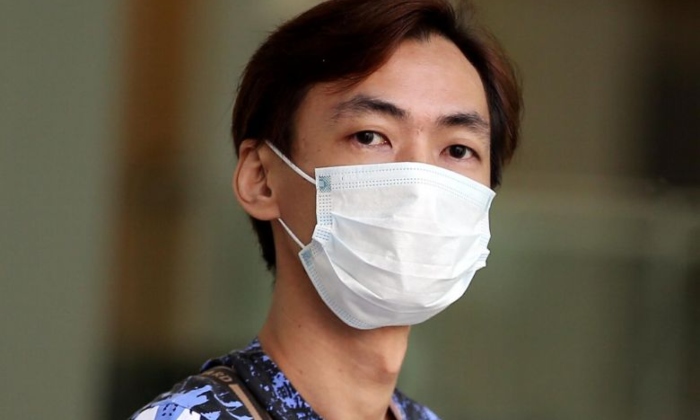 A 39-year-old man illegally operated a KTV outlet during phase one of the post-circuit breaker period despite restrictions imposed on entertainment venues.

He even arranged for two Vietnamese women to be hostesses for two customers on June 5.

Leow Keng Chun pleaded guilty in the State Courts on Wednesday (Oct 7) to one count of contravening Covid-19 restrictions.

He also admitted to providing public entertainment and supplying alcohol without valid licences.

Court documents state that Leow was the operator of Drinkitup, a KTV outlet on the third level of a building in Jalan Besar.

From June 2, he opened the outlet for business to anyone who made a reservation. Singapore had just exited its two-month circuit breaker period then.

This was done despite Leow knowing that the outlet, being non-residential premises, was not allowed to be in operation due to Covid-19 restrictions during phase one of the post-circuit breaker period, Deputy Public Prosecutor Stephanie Koh said.

DPP Koh said Leow was aware he was not the licensee of the KTV outlet, and had no valid public entertainment or liquor licence to operate it.

The court heard that two men, Mr Daryl Tan Siong Kit, 30, and Mr Andrew Tay Jing An, 25, went to the outlet on June 5 after booking a room there.

They were let in by Leow via the back entrance of the building when they arrived at about 9.30pm.

Leow had arranged for the two Vietnamese nationals to be present that night.

At about 11pm, they were discovered by police officers conducting enforcement checks at the building.

The officers also found Mr Low Hong Meng, 39, the main tenant of the building, who is paid a monthly rent by Leow, in a separate room at the outlet.

Court documents did not state if Mr Low, the customers and hostesses are facing any charges or have been dealt with.

He knew that the outlet was not allowed to be in operation and took steps to avoid detection, the DPP said in her written submissions.

"The building was shuttered and customers were let in from the back entrance. The door to the outlet was also locked from the inside and police officers had to break a glass panel in order to effect entry," she added.

Leow is expected to be sentenced on Nov 5.

For contravening Covid-19 restrictions, he can be jailed up to six months and/or fined up to $10,000.

He can also be fined up to $20,000 and $30,000 for respectively providing public entertainment and supplying alcohol without valid licences.