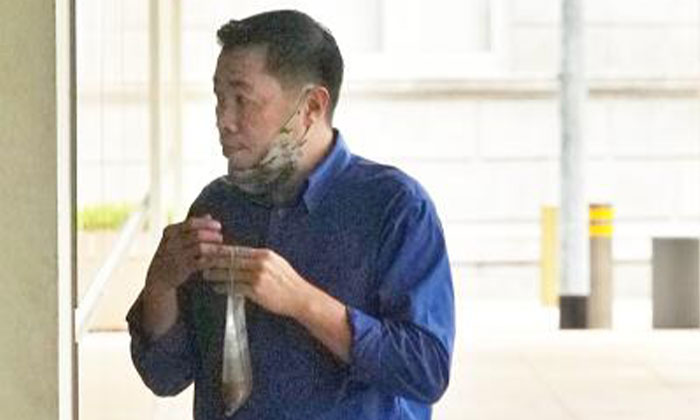 A 47-year-old man, who is accused of breaking into a woman's apartment and raping her, had told a police officer that he "accidentally slipped" into the alleged victim.

The High Court heard this on Tuesday (June 28) at the start of the 19-day trial of Yap Pow Foo, who faces one count each of rape and housebreaking.

He is accused of taking the key slipped under the woman's door to enter her unit to commit rape in the early hours of Jan 30, 2017.

The Singaporean is contesting the charges, contending that he had consensual sex with the 39-year-old Chinese national.

Opening the case against Yap, Deputy Public Prosecutor Chong Kee En said the woman and five of her friends were playing mahjong and drinking alcohol to celebrate Chinese New Year at her apartment on Jan 29, 2017.

After dinner, the group proceeded to a karaoke lounge in Bugis, where the woman drank more alcohol.

Yap, a friend of one of the friends, joined the group towards the end of the night, when the woman was already drunk, said the DPP.

At about 12.45am on Jan 30, 2017, Yap offered to drive them home and stopped first at the alleged victim's condominium.

Surveillance footage showed that she appeared to be unconscious, said the DPP.

The woman had to be lifted home by two male friends, while Yap separately found his way to the unit.

All three men then left her home, locking the door behind them.

One of the friends slipped the key underneath the door, said the DPP.

Surveillance footage showed that at around 3am, Yap returned to the condo by himself.

The DPP said the evidence will show that he broke into the woman's home and raped her while she was unconscious.

The woman woke up to find the man on top of her, said the DPP.

She called the police at about 4.10am to report that she had been raped.

Yap was arrested that afternoon.

His semen was found on samples taken from the woman's body and her denim shorts.

A toxicology report said the woman would have had 144mg of alcohol per 100ml of blood at the time, which was consistent with significant mental and physical impairment.

The court heard that Yap told a police officer that he undressed the woman, whose eyes were open, lay down on the bed with her, and then accidentally slipped into her.

According to the officer's statement, which was read out in court, Yap said the woman then told him "don't want".

He told the officer that the woman was hugging him at the karaoke lounge and "signalling" him for companionship. 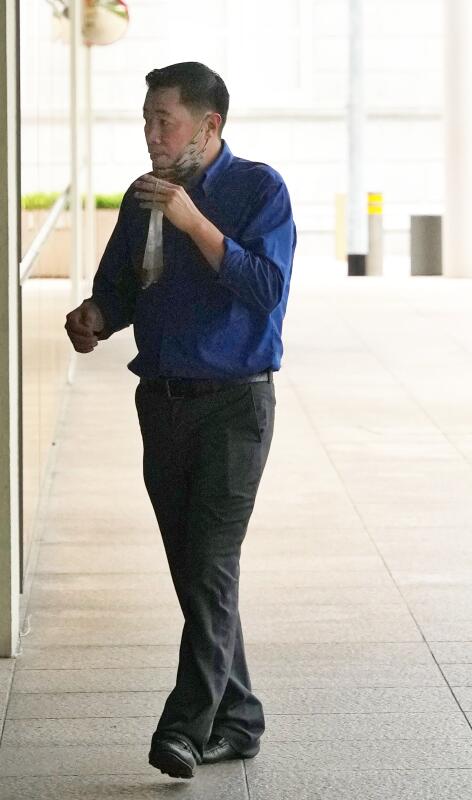 He claimed that she invited him to her home and gave him her phone number and condo access PIN.

Yap told the officer that he went to look for her to see if there was a chance of having sex with her, the court heard.

The offence of rape carries a jail term of up to 20 years or a fine, and caning. Housebreaking is punishable with up to five years' jail.

Yap, who has a past housebreaking conviction for which he was given three years' jail and two strokes of the cane, is also liable to caning if he is convicted.

Related Stories
Man facing charges in court allegedly raped 61-year-old woman while out on bail
Ex-Grab driver acquitted of trying to rape drunk passenger
Man raped girl he met on OkCupid after giving her back massage in his bedroom
More About:
Rape
housebreaking
court