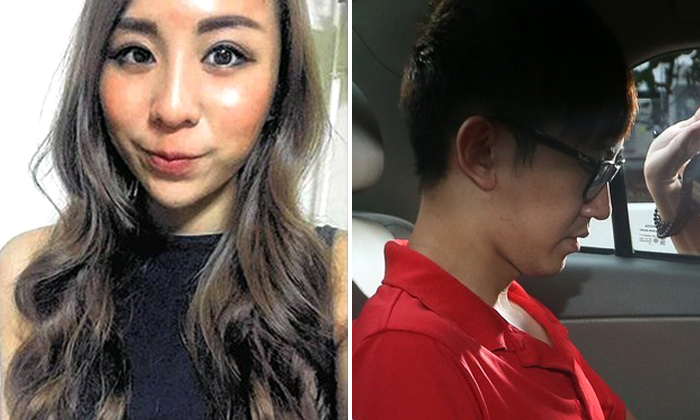 A 28 year old man who was charged with murdering 23-year-old former air stewardess will plead guilty to a reduced charge of culpable homicide.

"I plead guilty. Sorry for everything," Neo Chun Zheng told the High Court, on what was supposed to be the first day of a seven-day murder trial.

The Straits Times reported that his case has since been adjourned to next Tuesday for his plea to be taken.

Neo is accused of stabbing ex-girlfriend Ms Soh Yuan Lin in the neck outside his 11th-storey flat in Boon Lay Drive on the evening of Nov 26, 2015. The former Scoot employee later succumbed to her injuries at Ng Teng Fong General hospital.

Ms Soh's father had told the media earlier in 2015, 'Whatever I say cannot change history. It won't bring her back."

Neo originally faced the death penalty or life imprisonment for murder without intention to cause death.

Yesterday, the High Court heard that the defence made representations to the prosecution last Wednesday, following which the prosecution made an offer to reduce the charge on condition of Neo's guilty plea.

For intentional culpable homicide, he now faces a maximum punishment of life imprisonment with caning, or up to 20 years' jail with caning or a fine.