Man, 80, dies after getting hit by minibus at Woodlands Ave 3, 58-year-old driver arrested 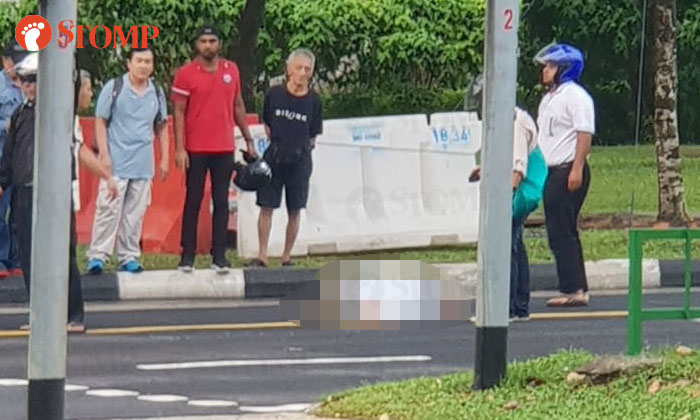 An 80-year-old man died after he was hit by a minibus along Woodlands Avenue 3 on Wednesday (Sep 26) evening.

The 58-year-old driver of the minibus was arrested.

Stomper Vanisree was at the scene at about 5.45pm, just after the accident occurred.

She shared photos with Stomp where the man was seen lying on the road.

"I think he was trying to cross the road when the red man was showing," said the Stomper.

"A few motorcyclists stopped by the side of the road to come to the man's aid but he was lying motionless on the road."

She told Stomp that she called for an ambulance immediately.

In response to Stomp's media queries, a police spokesman said they were alerted to an accident involving a minibus and a pedestrian along Woodlands Avenue 3 towards Woodlands Avenue 5 at about 5.43pm.

The 80-year-old pedestrian was unconscious when he was taken to Khoo Teck Puat Hospital where he subsequently passed away.

"The driver, a 58-year-old man, was subsequently arrested in relation to the case," said the spokesman.

Related Stories
Rider falls off bike then gets run over by van along Second Link in Malaysia
Woman, 26, taken to hospital after getting hit by bus at Hill Street, driver assisting with investigations
Rider taken to hospital after crashing head-on into Toyota that made illegal U-turn across 5 lanes
More About:
Accidents
minibus
pedestrian
death