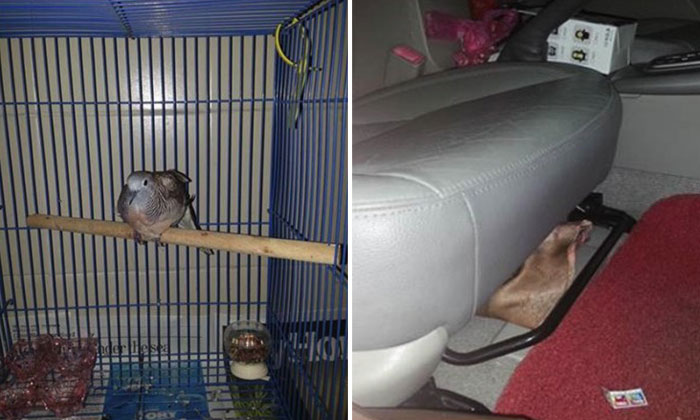 A 74-year-old has been fined the maximum penalty of $10,000 for illegally importing a zebra dove and subjecting it to unnecessary suffering and pain.

In a media release by the Agri-Food & Veterinary Authority (AVA), this is the first time that the maximum penalty has been meted out for illegally importing animals or live birds.

This is not the first time Lian Kin Ting has been fined for illegally importing birds.

The AVA was alerted by officers from the Immigration & Checkpoints Authority (ICA) after a zebra dove was detected at Tuas Checkpoint.

The bird was hiding in a pouch beneath the driver's seat of a Singapore-registered car.

AVA found that the dove was imported without a valid licence and found no food or water provided for the bird in the pouch.

It was found to have experienced significant stress and is now under the care of Jurong Bird Park.

"Animals that are smuggled into Singapore are of unknown health status and may introduce diseases, such as bird flu, into the country," AVA said.
Anyone guilty of importing any animals or live birds without an AVA permit may be fined up to S$10,000 and jailed up to one year.