Man, 71, gets jail for cheating CPF Board into giving him income support for over 10 years 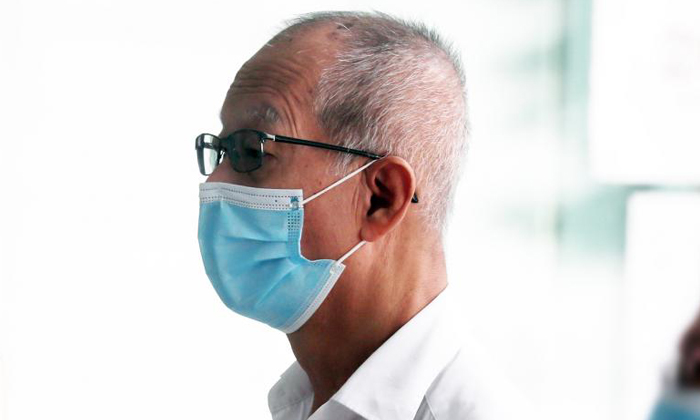 For over a decade, the elderly man duped the Central Provident Fund (CPF) Board into thinking that he and his wife were employees of a company earning $1,000 a month so they would get payouts and CPF contributions.

On Friday (Jan 28), Tan was sentenced to 18 weeks' jail for two counts of cheating CPF Board. Two other similar charges were taken into account for his sentencing.

The court heard that Tan and his wife had no formal employment and gave Mandarin tuition occasionally.

In 2008, Tan wanted Toh to be eligible for government grants for Singaporean employees and began submitting to CPF Board the Ordinary Wages portions of payment advices from International Times, falsely indicating that Toh was an employee receiving a monthly salary of $1,000.

The Workfare Income Supplement (WIS) was introduced by the Ministry of Manpower in 2007 to support Singaporean employees whose earnings are in the bottom 20 per cent of the population. It is administered by the CPF Board.

Under the WIS, Singaporean employees will receive CPF top-ups for their retirement savings and a cash supplement if they have an income of less than $2,000, are Singaporean, and are more than 35 years old on Dec 31 of the work year, among other requirements.

Tan was notified about these payouts through letters sent by CPF Board to their home.

Between 2011 and 2019, CPF Board paid out $18,150 to International Times under the Special Employment Credit scheme which was meant to support employers and raise the employability of Singaporeans above 50 years of age.

CPF Board also paid out $300 to the company under the Temporary Employment Credit scheme which was introduced in 2014 to help with the rise in business costs to employers.

DPP Ng told the court that Tan made full restitution of all the payouts received by him, Toh and International Times.

She urged the court to sentence Tan to 18 to 22 weeks imprisonment, noting that deterrence is the dominant sentencing consideration for cases involving Government fraud.

"The need for deterrence is to safeguard national resources," she said.

Tan will begin serving his sentence on Feb 16.