Man, 65, apprehended after arming himself with knife and locking himself inside Bukit Merah unit 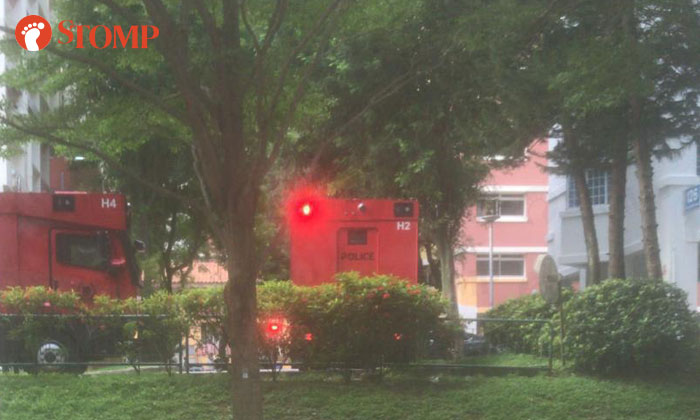 A 65-year-old man was apprehended after arming himself with a knife and locking himself inside a residential unit at Block 130 Bukit Merah View on Sunday afternoon (May 16).

Stomper Raymond alerted Stomp to the incident after spotting police vehicles in the vicinity at about 5.30pm.

In response to a Stomp query, the police said they received a call for assistance at 4.05pm.

"When officers arrived, a 65-year-old man had armed himself with a knife and locked himself inside a residential unit at the location," a police spokesman said.

"As it was assessed that the man might pose a danger to himself, officers from the Crisis Negotiation Unit, Special Operations Command and Singapore Civil Defence Force responded to the incident."

Police officers managed to gain entry into the unit at about 5.40pm.

The man was subsequently apprehended under the Mental Health (Care and Treatment) Act.