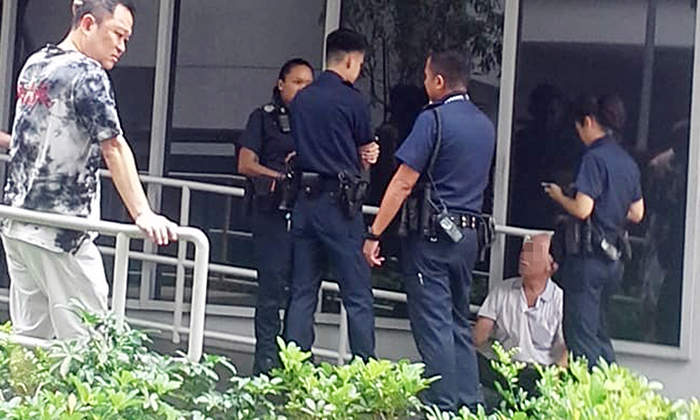 49-year-old shop manager Wu Wen Qing said that a 60-year-old man visited the shop on Oct 27. The man stood in front of a display case that held the sea cucumbers.

A while later, the uncle took a white plastic bag out and hastily placed a bag of sea cucumbers into this bag before leaving.

At the time, a shop employee who was facing the uncle shouted loudly: "You're stealing ah?"

The uncle ran upon hearing this and Wu Wen Qing immediately gave chase.

"There were a lot of people then. He ran very quickly and turned into a small alley near a Hindu temple. I was afraid that he would get hit by a car. I kept shouting at him and he just kept running."

The uncle got tired and gave up after running for about 400 metres. He sat in front of hotel and waited to be caught.

Lianhe Zaobao reporters visited the shop and saw display cases outside. These cases held mushrooms, dried goods and sea cucumbers that were priced between $180 and $220.

Zaobao also reported that the incident occurred at a shop on the first floor of 269 Queen Street.

Responding to a Stomp query, police said: "At about 12.25pm on Oct 28, the police arrested a 64-year-old man for theft in dwelling at 170 Bencoolen Street.