Man, 62, slashes son, 25, with kitchen knife after argument in at Serangoon home 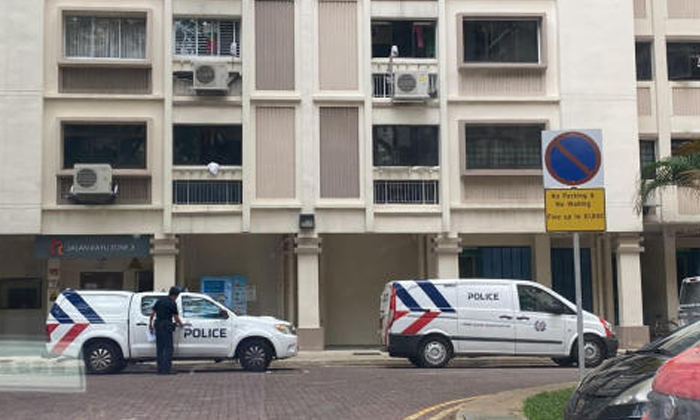 A 62-year-old man attacked his son with a knife during a heated argument in a Serangoon North flat on Saturday (Jan 8).

A neighbour told Shin Min Daily News he heard a loud quarrel coming from the usually quiet household around noon. Soon after, he also heard a woman crying for help.

He went to check on the woman and saw the man wielding a knife while speaking agitatedly to another man.

Another neighbour said she passed by the flat and saw blood stains outside the unit. Alarmed by the sight, she told her husband who called the police.

Three police cars and an ambulance were spotted at the scene.

The police told AsiaOne that they were alerted to a case of dispute at Block 546 Serangoon North Avenue 3 at 1.35pm that day.

They arrested a 62-year-old man. A 25-year-old man and a 61-year-old woman were conscious when taken to hospital.

On Monday (Jan 10), the suspect was charged in court for one count of voluntarily causing hurt by dangerous means.

Court documents revealed that the accused had slashed his son on the arms, thighs, and chest several times with a kitchen knife.

The man is currently remanded at Woodlands Police Station, and has been offered bail of $15,000.