Man, 47, dies after falling into waters at East Coast Park 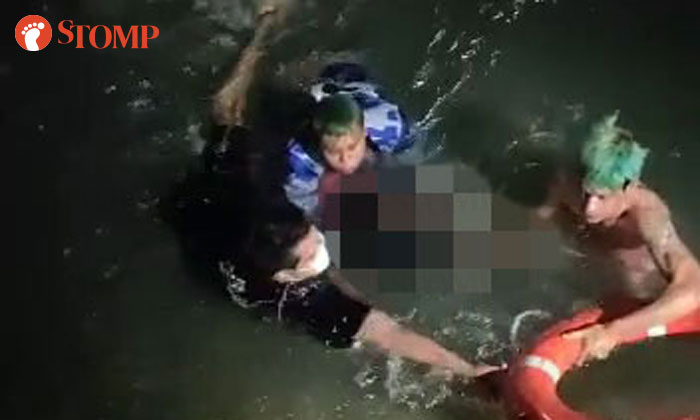 A 47-year-old man died after he fell into the waters at East Coast Park on Saturday night (Nov 6).

A Stomper alerted Stomp to the incident and shared footage of men trying to resuscitate the man.

The Stomper said the man fell near Enak Enak HongKong Tea House. He is believed to have been fishing before falling into the water.

"Three young men jumped into the water and pulled him out," said the Stomper.

"While waiting for the police and ambulance to arrive, two men did cardiopulmonary resuscitation (CPR) on the man.

"The man's wife had gone to the toilet and did not realise her husband was gone.

"When she came back, she saw a lot of people crowding at the scene and saw her husband lying on the grass with people doing CPR on him.

"The police and ambulance soon arrived and brought him to the hospital."

In response to a Stomp query, the police said they were alerted to a case of suspected drowning at East Coast Park  at 10.57pm.

"The body of a 47-year-old man was subsequently found and retrieved from the waters," a police spokesman said.

"The man was conveyed unconscious to the hospital by an SCDF paramedic, where he subsequently passed away.

The Singapore Civil Defence Force (SCDF) said it received a call for assistance at 1202 East Coast Parkway at 11pm and conveyed the man to Changi General Hospital.