Man, 45, taken to hospital after getting run over by bus in Chinatown 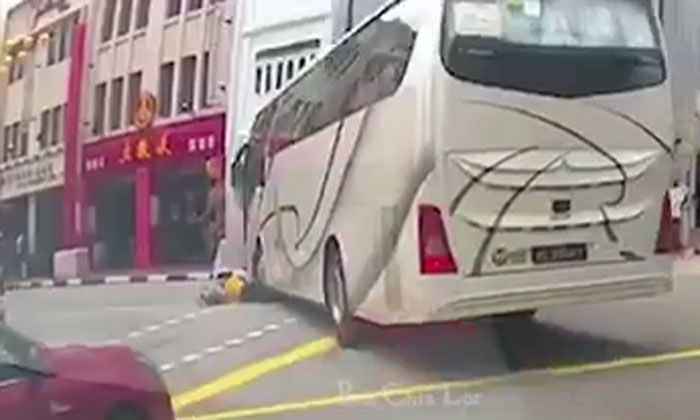 A 45-year-old man was taken to hospital after he was run over by a bus in Chinatown on Thursday afternoon (Feb 14).

Stomper Edros alerted Stomp to a video of the incident that was posted on Beh Chia Lor - Singapore Road's Facebook page.

In the video, the man is seen crossing the road at a pedestrian crossing when he is hit by the bus making a left turn at the junction of Cross Street and South Bridge Road.

After the pedestrian falls to the road, the left front wheel of the bus appears to roll over him.

It is unclear if the traffic was in favour of either party when the accident took place.

However, many netizens said the pedestrian should have been more aware of traffic and not have walked right into the driver's blind spot. 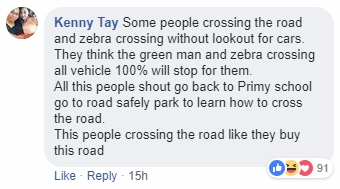 Others said it was no excuse for the driver not to check.

In response to a Stomp media query, the police said they were alerted to the accident at about 1.59pm.

The pedestrian, a 45-year-old man, was conscious when taken to Singapore General Hospital, a spokesman said.