Man, 43, arrested after injuring father, 74, with chopper at Tampines Street 12 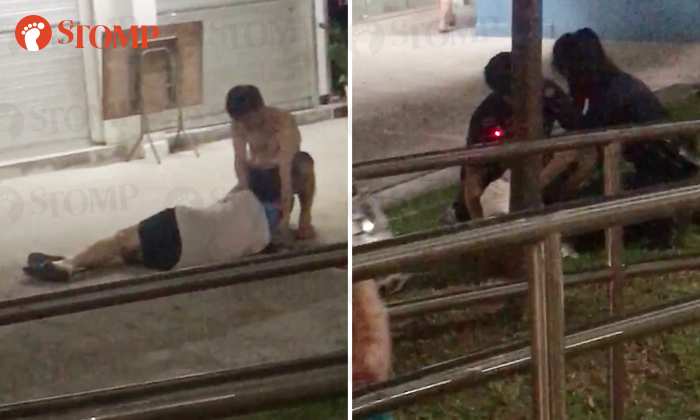 Responding to media queries by Stomp, the police said they received a call for assistance at 11.38pm and arrested a man for voluntarily causing hurt by dangerous weapons.

Stomp understands that the weapon the man used was a chopper.

The Singapore Civil Defence Force (SCDF) told Stomp that it received a call at 12.10am and dispatched one ambulance to the scene.

The 74-year-old man was conscious when conveyed to Changi General Hospital, which had been alerted to be on standby to receive him.

Stomper Kim contributed a video that she took at the scene.

It shows a man lying on his side on the pavement, which was stained with a dark liquid.

Another guy appeared to be restrained by police officers on the grass patch nearby.