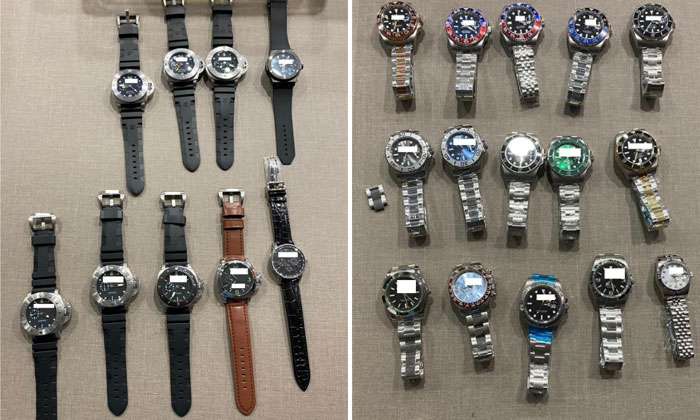 A 27-year-old man has been arrested for allegedly selling counterfeit luxury goods online.

On Aug 6, Officers from Woodlands Police Division and the Criminal Investigation Department conducted an operation and arrested the man along Woodlands Street 13.

A total of 51 pieces of trademark-infringing goods, such as watches and watch accessories, with an estimated value of around $11,000, were seized.

Preliminary investigations revealed that the man had allegedly used e-commerce platforms to purchase the goods from foreign sources before reselling them locally through online e-commerce and social media platforms.

Investigations against the man are ongoing.

Under the Trade Marks Act, the offence of selling or distributing goods with falsely applied trademarks carries a fine of up to $100,000, a jail term which may extend to five years, or both.

In their statement, the police said they take a serious view of intellectual property right (IPR) infringements.

The public are reminded that the distribution and sale of counterfeit goods are serious offences.

"The police will not hesitate to take tough action against perpetrators who profit at the expense of legitimate businesses and consumers," the statement said.

"Members of the public are advised to be careful of counterfeit goods being sold online through e-commerce and social media platforms."