Man, 26, arrested after being brought to safety at Hougang HDB block 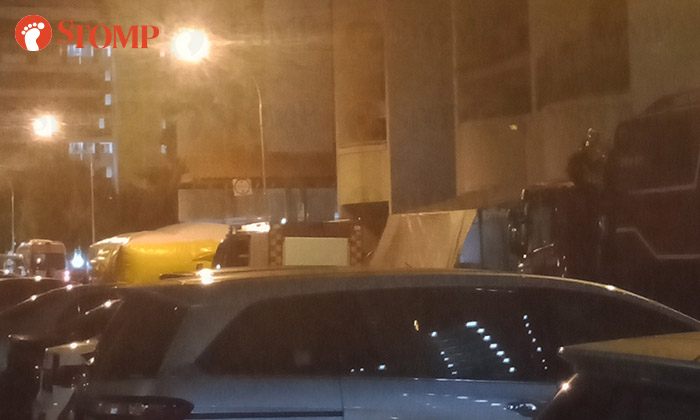 A 26-year-old man was arrested after he was brought to safety by the police at Block 522 Hougang Avenue 6 on Saturday morning (Dec 21).

The Singapore Civil Defence Force (SCDF) said they responded to a call for assistance at about 4.45am where one person was brought to safety by the police.

Stomper JT, who resides in a neighbouring block said he was passing by at about 5am when he witnessed the incident.

He contributed a photo of the incident and said: "I saw a man sitting on the roof of the block.

"There were police and SCDF personnel there.

"Didn't see any people that could be his relatives as well.

"I later saw the man in handcuffs.

"I was totally stunned. I felt scared, sad and anxious about this because this is the first time I see such an incident in real life.

"Luckily, no one was hurt or injured."

In response to a Stomp query, the police said: "At 4.27am on Dec 21, the police were alerted to a case of attempted suicide at Block 522 Hougang Avenue 6.

"A 26-year-old man was arrested in relation to the case.