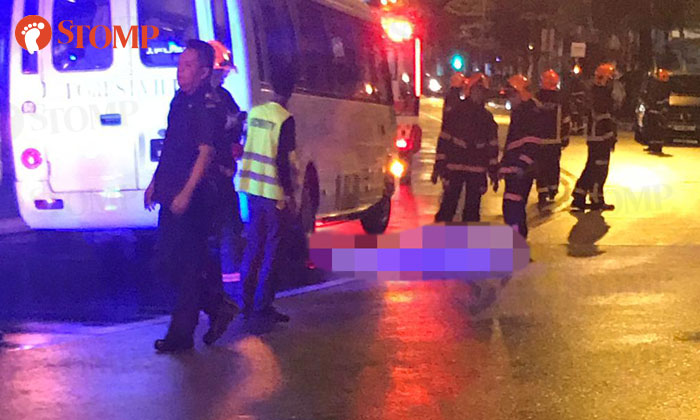 A 25-year-old man died after he was hit by a shuttle bus outside the Forestville executive condominium along Woodlands Drive 16 on Wednesday evening (Nov 21).

The 56-year-old driver of the bus was subsequently arrested for causing death by negligent act.

Stompers Ryan and Fairoz alerted Stomp to the incident and shared photos from the scene.

Ryan told Stomp he was on his way to get some food when he saw people gathered near the condo.

"I saw the body was pinned under the bus," he said.

"SCDF officers were working to get him out."

In a photo sent by Fairuz, the body was seen covered with a white cloth next to the bus. 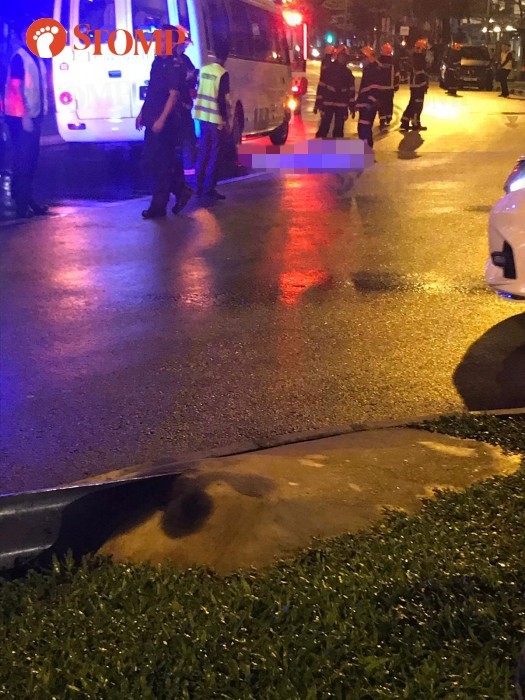 In response to Stomp's media queries, the police said they were alerted to the accident at about 7.02pm.

"The pedestrian, a 25-year-old man, was pronounced dead by paramedics at the scene," a spokesman said.

"The bus driver, a 56-year-old man, was arrested for causing death by negligent act."

Stomp understands that the driver was making a right-turn exit out of the condo when he heard a "bump".

He then realised that someone was pinned under the bus.