Man, 24, arrested after walking around and riding motorbike naked 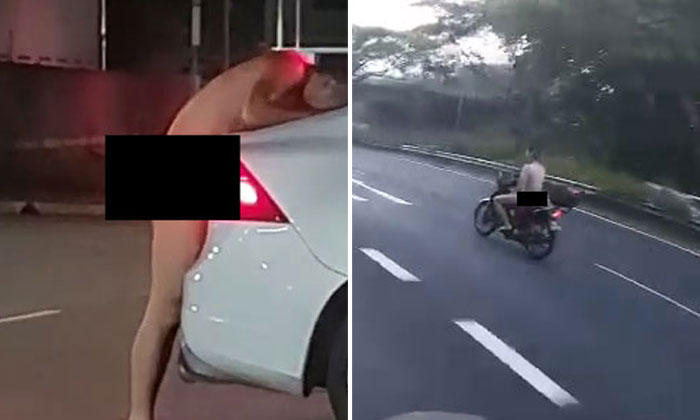 A 24-year-old man who was caught on video riding a motorcycle and walking around completely naked has been arrested.

Several Stompers alerted Stomp to photos and videos circulating online of the man.

In one video, the man is seen riding a motorcycle without any clothes or a helmet on.

In another clip, he is seen walking around in the buff at an open-air carpark where he climbs onto a white car before jumping off it again.

In response to a Stomp query, the police said they were alerted to an incident where a man was reportedly walking around naked at Block 212 Lorong 8 Toa Payoh.

A 24-year-old man was subsequently arrested and will be charged in court on Saturday (June 12) with appearing nude in a public place, a police spokesman said.

The man is also being investigated for other offences such as public nuisance, obscene act in a public place, wilful trespass and possible traffic violations, in other separate incidents reported.